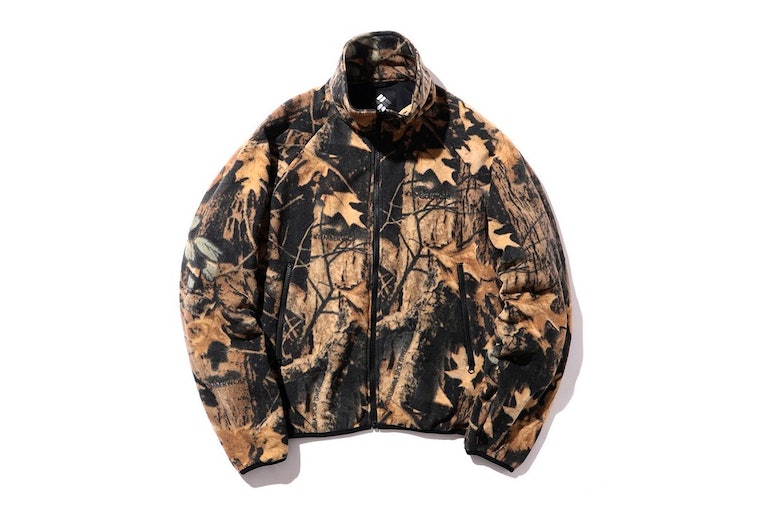 Although not as active in the collaboration space as The North Face, Columbia does occasionally bring in outside eyes to liven up its outdoor gear. The latest refresh comes from Beams, following up their collaboration on a military-inspired collection from the beginning of the year.

This time, the two brands have given a small range of winter gear a woodland camo upgrade while taking inspiration from the uniforms for rangers at Mount Hood National Forest in Portland. The goods include heavy two-layered jackets, another zip-up fleece for you to covet, and a few accessories. Altogether, they're essentially more stylish versions of what you'd typically find at a Bass Pro Shop, courtesy of the Japanese brand.

Columbia's elite Bagaboo is included — The two Bugaboo jackets are easily the highlight of the collection, as the three-in-one pieces born in 1986 still reign as one of Columbia's best creations. The inner fleece and waterproof nylon shell can be worn together or on their own, which will have you well prepared for most conditions from October all the way through April. As much as I like to roast KITH, I've gotta give them credit for ushering in the return of the Bugaboo back in 2015. The jacket that borrows the Salmon Toe color scheme still endures as one of my favorite outerwear pieces to date.

Under Beams' stead, both the fleeces are done up in a woodland camo — while you can choose between a black shell or a brown one that looks straight out of a hunting catalog. The jackets also come with a removable neckwarmer, also in camo, to help you bundle up even further. For those who don't want the full-on jacket, the camo fleece can also be scooped up on its own.

On the accessory front, Columbia and Beams are offering up a fleece scarf and socks in the camo once again. A slightly different pattern is applied to a bucket hat and small shoulder bag, while the head covering is also available in black or brown.

Fire up the proxy — Even though the gear looks so quintessentially American, it looks to be a Japan-exclusive available only through Beams' website beginning October 24. Prices range from $31 for the smallest accessories up to $310 for the Bugaboo, which should leave something woodsy available for any budget.