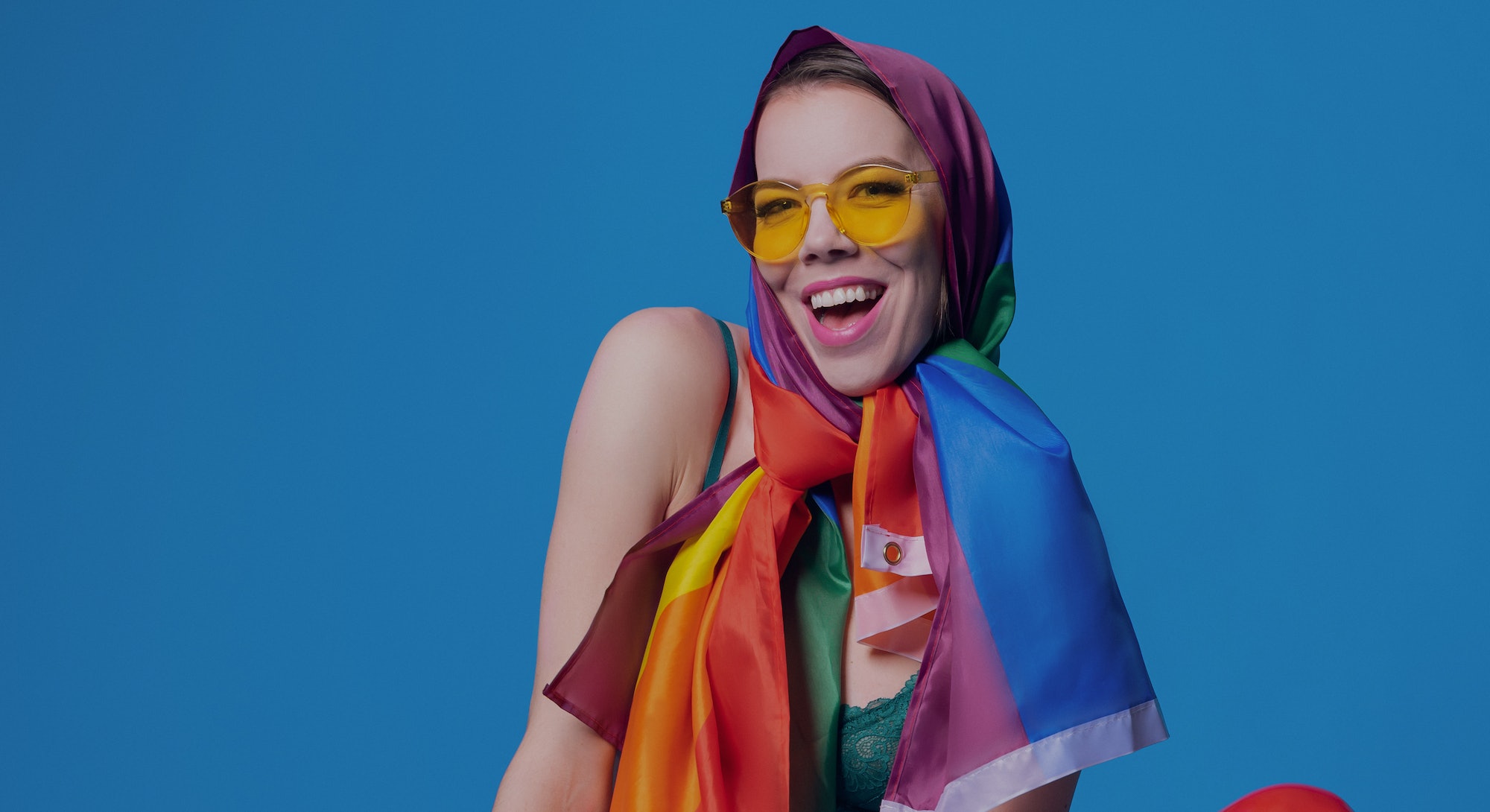 Some people don’t leave the house without their dopamine fix. But there’s no supplement or medication involved. All they have to do is change their outfit.

Dopamine dressing is rooted in the idea that your brain can trigger increased levels of dopamine — a neurotransmitter linked to pleasure, motivation, and learning — just by wearing certain combinations of colors, patterns, and styles. The practice, which has a degree of crossover with maximalism, challenges the notion that the best way to boost your confidence and self-esteem is to dress according to your body type or wear designer labels.

The term “dopamine dressing” was first conceptualized by Dr. Dawnn Karen, a fashion psychologist and author of the book Dress Your Best Life. Some people turn to physical activity, meditation, or eating a slice of chocolate cake to activate that chemical sense of pleasure. But in her book and a subsequent Ted Talk, Karen argues what you wear can play a major role in mood enhancement and can even be used as a therapeutic technique for trauma and addiction healing.

Dressing to the max

While Karen originally imagined dopamine dressing would take off in rehab spaces and the spheres of streetwear and hip-hop, the trend was quickly adopted by broader populations. The idea is that a clothing piece with high sensory potential, such as a bright blouse or patterned button-up shirt, can spark a more positive mental reaction than pajamas or a faded T-shirt. Maximalists on social media have adopted the term to represent their bold, colorful style of dress, but the two approaches don’t always coincide as Instagram and TikTok may suggest.

Thalia Castro-Vega, a maximalist content creator and fashion stylist, uses her platform to showcase her bold fashion and push a philosophy in which confidence is your greatest accessory. She says maximalism and dopamine dressing vary slightly in their psychologies, but ultimately finding an alignment with you and your personal style will create a greater sense of happiness than trying to fit in with trends on social media. “A lot of my influence is just me giving myself the grace to try something different and new with what I own and just [going] for it,” she tells Input.

Layering your brightest outfit may not work for everyone and could prove jarring for someone who’s more introverted. Karen says the concept is about realizing what certain colors and garments personally mean to you, applying color theory to your life, and dressing accordingly.

Karen emphasizes that a person’s experience with the trend should be completely individual. “[Dopamine dressing] may mean different things for different ethnicities or certain religious backgrounds,” she says. “For a Muslim girl who is into dressing modestly, [it] would look totally different on her.”

Although some psychologists may use dopamine dressing as a holistic supplement to other medically based treatments, the idea of essentially prescribing clothing has its limitations. Because dopamine dressing is achieved through wearing an outfit or color you love, once that piece’s effects start to slow down, there stands a risk of overindulging in retail therapy, which isn’t sustainable or accessible for many people.

The concept shouldn’t be confused with the burst of temporary happiness that comes from buying new clothing. Impulse purchases and the need to reignite that temporary dopamine can easily contribute to a shopping addiction, overconsumption, and feeding the beast of fast fashion.

“It’s nice to look good and feel good, but looking good isn’t the only way that you can feel good.”

There are certain dangers in telling a patient to change their appearance in order to feel good, says Dr. Jillian Ross, a clinical therapist and social worker. Those who suffer from low self-esteem often dwell on others’ perceptions of them, which can create a blurry line between seeking personal confidence and external validation. “It’s nice to look good and feel good, but looking good isn’t the only way that you can feel good,” Ross says. “I think the waters get a little murky when we decide to boost our mood with our appearance.”

There isn’t much concrete research on the psychological effects of dopamine dressing, but Ross says trying the style in addition to other evidence-based treatments could be helpful. Through various workshops and an upcoming certification course at the Fashion Psychology Institute, Karen also hopes to expand society’s knowledge of dopamine dressing in a way that doesn’t feed into overconsumption or a certain standard of beauty.

Castro-Vega explains that dopamine dressing can have a positive psychological significance for people of all backgrounds, whether they’re fashion-forward or not. “It’s almost like connecting to your inner child,” she says. “When you’re a child, you’re really free of any outside noise of how you’re supposed to dress. [Dopamine dressing] is fully letting yourself do the thing that you want. It’s really charming, innocent, and sweet because you're allowing yourself to connect with that inner version of yourself.”

Dopamine dressing, which started as a way to address and heal trauma, has turned into a movement that uses fashion as a way for people to speak without words. Although social media has made the trend synonymous with maximalism, colorful fast fashion, and retail therapy, increasing dopamine through your wardrobe can be done with something that’s already in your closet. When you need a good boost of natural happiness, try reaching for a piece you’ve been saving for a special occasion. Because self-care and being happy shouldn’t be saved for special occasions alone.