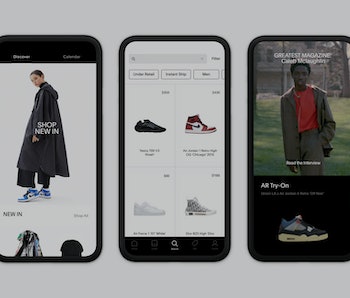 Resale site GOAT has reached a valuation worth $3.7 billion. That’s more than double its prior valuation of $1.8 billion following its previous funding round nine months ago — proving the sneaker market is booming like never before. Despite the economic hardships of the pandemic, investors and sneakerheads alike are trading in their cash to indulge in the reselling market.

But such a market has existed for some time now: GOAT was founded in 2015, while competitor StockX was launched the same year. Before then, resellers flocked to eBay and social media to make a mint, or relied on word of mouth advertising. Yet, according to GOAT, its sneaker sales have doubled compared to the year prior — what’s pushing the escalating demand?

Sneakers are now investments — In the past few years, reselling sites in general have become more popular thanks to the difficulty of getting sneakers straight from their sources, whether that be Nike, Adidas, or another brand. Bots, resellers, and limited stock have made shoes nearly impossible to buy, leaving consumers with no other choice but to turn to reselling sites and pay a premium for their kicks. It’s no longer just about who loves shoes, but rather who can actually afford them in such a competitive market.

And while the pandemic put a strain on some people’s budgets, it also led others to reevaluate their relationship with luxury and clout thanks to disposable income from lack of travel and eating out. Just as there’s been a longstanding market for used designer digs, sneakers have become a widely recognized status symbol thanks to the insane resale prices attached to them, as well as their sales at esteemed auction houses like Christie’s. Strutting around in an exclusive Nike collaboration is now comparable to toting a Chanel bag (or rather, a Telfar).

More and more resellers by the day — Overall, the booming growth of the sneaker industry can be attributed to its endless reselling cycle. With more people recognizing sneakers as valuables and fueling the resale market, prices rise — encouraging more and more consumers to turn into resellers with the promise of a considerable profit. Reselling sites are making the process even easier by allowing resellers to make money in just a few clicks, without the need for additional advertising or re-listing.

Brands and first-hand sneaker stores have yet to find efficient ways to sell directly to regular customers while limiting resellers, and as long as the latter has the upper hand, the cycle will continue. GOAT, and other reselling sites, will likely see more investors and customers over the coming months — but as soon as brands are able to inhibit resellers, the sneaker market may actually be fair game.