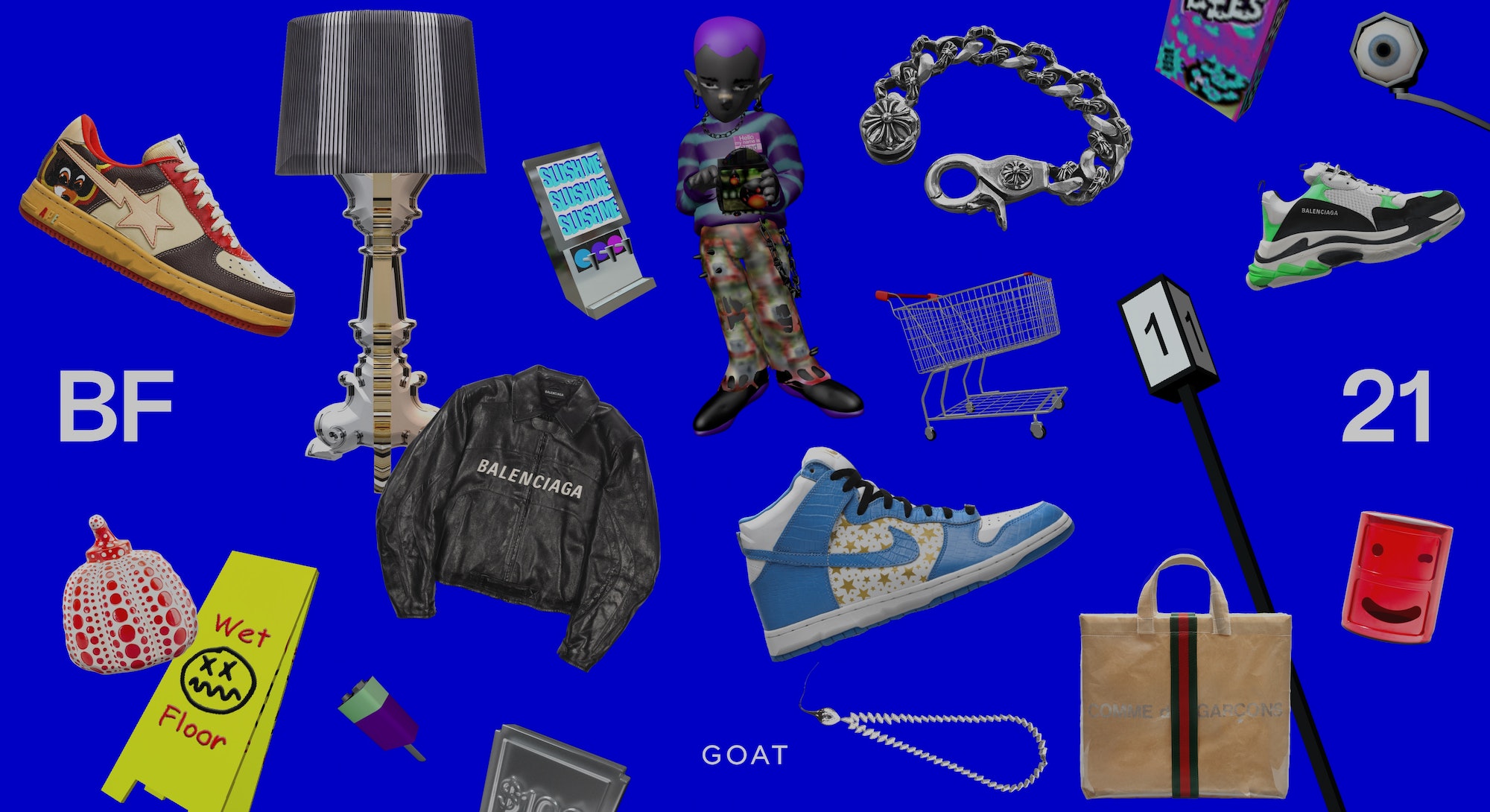 The unofficial American holiday, known best for its door-busting deals and subsequent crowds, means something more to the GOAT chief and co-founder. The marketplace’s first Black Friday event, which took place in 2015, initially put the resale site on the map and has been considered “an important milestone” in GOAT’s history, Lu told Input in an interview. As the platform launches its sixth Black Friday event — welcoming over 30 million members, 600,000 sellers, and a selection of high-profile event hosts — Lu describes the experience as a celebration.

GOAT, which Lu founded alongside Daishin Sugano, initially began as a reselling marketplace, but Lu says there’s more to the platform than hot sneakers. “When you’re selling fashion, that brings emotion to people,” he explains. “GOAT isn’t just promoting products, it’s promoting community, culture, and style. We love to showcase artists and tastemakers in our community.”

This year, the platform has invited tastemakers like Emma Chamberlain and Nico Hiraga to host rounds of covetable drops, exclusive raffles, and interactive trivia contests where users can win over $1,000,000 in prizes. GOAT credits, designer bags, and streetwear are all up for grabs alongside rare sneaker releases including Dior’s Air Jordan 1 — dropping at retail price despite reselling for over $6,000.

“Every year for Black Friday, we try to do it bigger and better than years past,” Lu says. “It’s really a celebration of our community that says, ‘Hey, thanks for being good members.’” This year, to thank the community in its biggest way yet, the GOAT team gave them the world — at least, digitally.

Lu describes each theme as “an altered reality” that encourages users to enter spaces they might not have before. Filled with everything from accessories to homeware, the digital world can be used to create personalized mood boards through suggested products or ones of the users’ choosing. Lu’s own Space — housed within his favorite theme, Outlandish Garden — features a lot of colorful clothing, he says, despite his typical rotation of black, white, and gray styles. “I really enjoyed playing with [Spaces] more than I thought I would.” he says, “It definitely provided inspiration on looks that I normally would not go after.”

Spaces may transform members into fashion enthusiasts for life, he adds, although the main goal of GOAT’s Black Friday event is to simply have users “enjoy the experience.” GOAT treats its relationship with members as a long-term partnership, Lu clarifies; Spaces exists to enhance their experience, and to intrigue them over time — users aren’t expected to buy what’s on their mood board, but rather revisit and update it. “You might not be able to afford the $2,000 pair of Off-White sneakers [on your moodboard],” Lu says, “but you can be inspired to save up for them or buy a similar pair.”

As the fashion industry immerses itself deeper into the metaverse — a digital companion to the physical world — Lu looks forward to the new technologies and opportunities that will present themselves to GOAT and its community. Already, the platform prides itself on pioneering the ship-to-verify model to authenticate sneakers, and its unique drop technology ensures humans are entering raffles, not bots. Spaces hints at a larger digital world driven by community — one that may come back “bigger and better” next year.

“Technology and innovation are at the center of everything we do,” Lu says. By focusing on connecting its reselling and fashion-loving community “seamlessly,” he notes, GOAT has built a longstanding and loyal relationship with its members, as well as partnerships with luxury brand partners — including Alexander McQueen, Balenciaga, Versace, and Gucci.

Like any other company, however, the platform “isn’t impervious to bugs,” and some users have faced technical difficulties, complaining they haven’t been able to enter drops or raffles. “We try our best to make our drops as fair as possible,” Lu says, but he points to demand overwhelming the site: When over 30 million members attempt to participate in a sneaker drop, “unfortunately, not everyone is going to win.”

Still, what brings people to GOAT isn’t necessarily the promise of new shoes — it’s the opportunity to connect with like-minded people. “We want to provide a space for people who live and breathe culture and style,” Lu says. “They make up who we are.” Without them, GOAT’s Black Friday wouldn’t be the celebration it is.