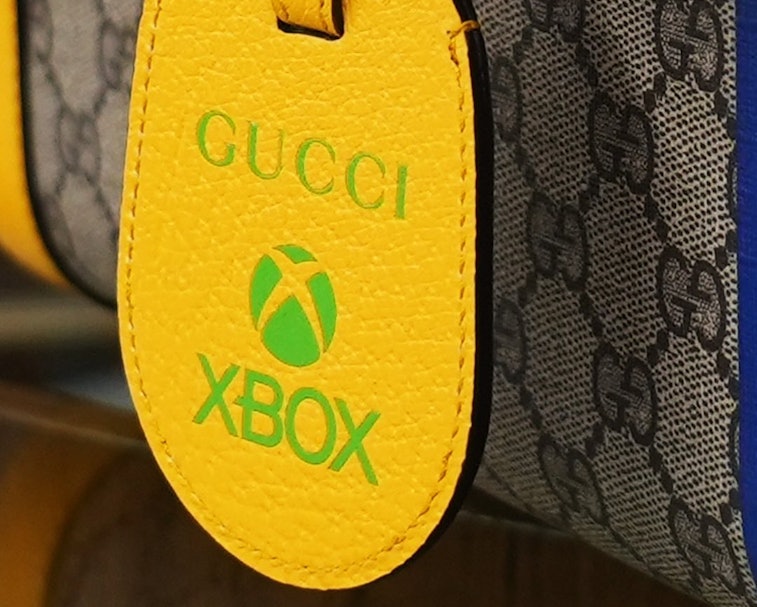 Collaborations are choking out the fashion industry, and as the metaverse expands, no brand is safe from the threat of exclusive co-branded products. Luxury labels like Balenciaga and Gucci have already teamed up with games like Fortnite and Pokémon Go, and show no signs of slowing down on future virtual partnerships.

An exchange between Gucci and Xbox on Twitter suggests a collaboration between the two could be surfacing soon. “Saying ‘GG’ at the end of every game will never go out of fashion,” Xbox tweeted, referencing the acronym for “good game” — which coincidentally mirrors Gucci’s double-G monogram. “We couldn't agree more,” Gucci replied.

The collaboration, like past gaming Gucci partnerships, will likely include tangible products as well as digital ones. A Gucci-branded Xbox console, as well as some sort of Gucci-fied Xbox game, may release alongside the co-branded trunk, although neither brand has confirmed anything just yet. The only factors guaranteed from the offerings are massive price tags — “justified” by limited availability.

The new wave — Earlier this year, Gucci teamed up with Roblox to host a digital museum and sell in-game iterations of its monogrammed Dionysus bag. The bee-embroidered Gucci purse — only available for use within the online gaming platform — sold for 350,000 Robux, or roughly $4,115. Tangible versions of the bag, which can be worn anywhere, usually retail for $3,400.

With people looking to flex not just in real life, but online too, digital fashion is only seeing an increase. Besides Roblox, Pokémon Go, and 100Thieves, Gucci has already partnered with games like Tennis Clash, and Xbox recently collaborated with Adidas to make co-branded sneakers. As this year marks the gaming platform’s 20th anniversary, we can anticipate more partnerships from Xbox — on top of its commemorative capsule with Gucci.

More like this
Andrea Carrillo
5.10.2022 3:05 PM
Style
Adidas and Gucci's collaboration is even better than we expected
Jackson Chen
11 hours ago
Design
Asus’s wild new Evangelion collab lets you anime your whole PC setup
Matt Wille
5.7.2022 12:30 PM
Guides
How to play 'Fortnite' on your iPhone with Xbox Cloud Gaming