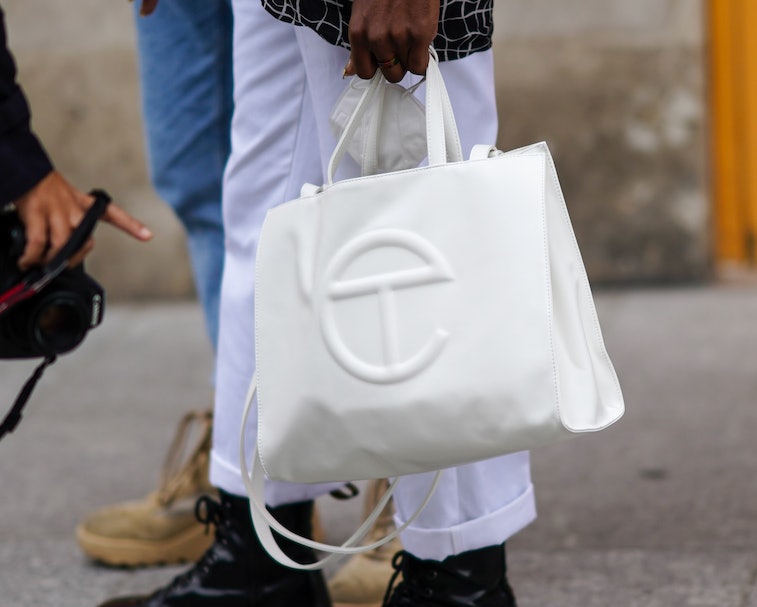 Guess made itself the target of widespread criticism over the weekend for putting out a bag that clearly ripped off Telfar’s beloved Shopping Bag. The largely irrelevant mall brand could have spared itself by simply not copying the most democratic “it-bag” ever made, and now Guess is seeking to remedy the self-flagellation by pulling its copycat from shelves.

“Signal Brands, the handbag licensee of Guess, Inc., has voluntarily halted the sale of its G-Logo totes,” Guess said in a statement obtained by The New York Times. “Some on social media have compared the totes to Telfar Global’s shopping bags. Signal Brands does not wish to create any impediments to Telfar Global’s success and, as such, has independently decided to stop selling the G-logo totes.”

“Voluntarily” is an interesting choice of words, considering the statement goes on to acknowledge the social media hounding Guess brought on itself. It’d be like if I walked into a party with a stupid hat, got made fun of mercilessly, and then loudly announced that I’d be taking it off of my own volition.

Telfar is the wrong brand to mess with — The Telfar Shopping Bag has been the hottest thing for several years running, and not just because of its minimalist appearance and versatility. Since it was first introduced in 2014, designer Telfar Clemens has intended for it to be an accessible status symbol. Prices begin at $150 for the smallest version and top out at just $257 for the largest — a far cry from the cost of bags from the likes of Louis Vuitton and Prada.

Clemens made further inroads last year when, in an act meant to combat resellers, he made the Shopping Bag available for pre-orders. For 24 hours, anyone could order as many of the previously sold-out bags as they wanted in every color available to be delivered within five months.

“We are not about hype and scarcity,” Telfar said in a statement announcing pre-orders. “We didn’t set out to make an impossible to get product. The whole point of our bag is accessibility and community.”

Such an act of subversion in a world where expense and rarity usually reign supreme has made Clemens an easy designer to champion. So too is the fact that he’s a gay, Black man — a demographic that’s been pivotal but under-acknowledged in fashion. Countless people would go to bat for the man they’ve never met, and that’s exactly what they did when Guess got too comfortable in cribbing his designs.

The timing was also ironic, as Telfar just opened up another round of pre-orders on the same day as Guess’ knockoff went viral.

The knockoff isn’t completely gone yet — Guess’ bootleg Telfar bag has now disappeared from the brand’s website and retailers like Macy’s and Hudson’s Bay. It still hasn’t been completely scrubbed from the market, however, as Dillard’s listing for the lesser bag is still live as of this article’s publishing.

But even when the knockoff bag is completely gone, consumers are unlikely to forget about the time Guess ripped off Telfar. Clemens is the wrong designer to mess with, and he didn’t even need to say anything himself for the blowback to be felt.