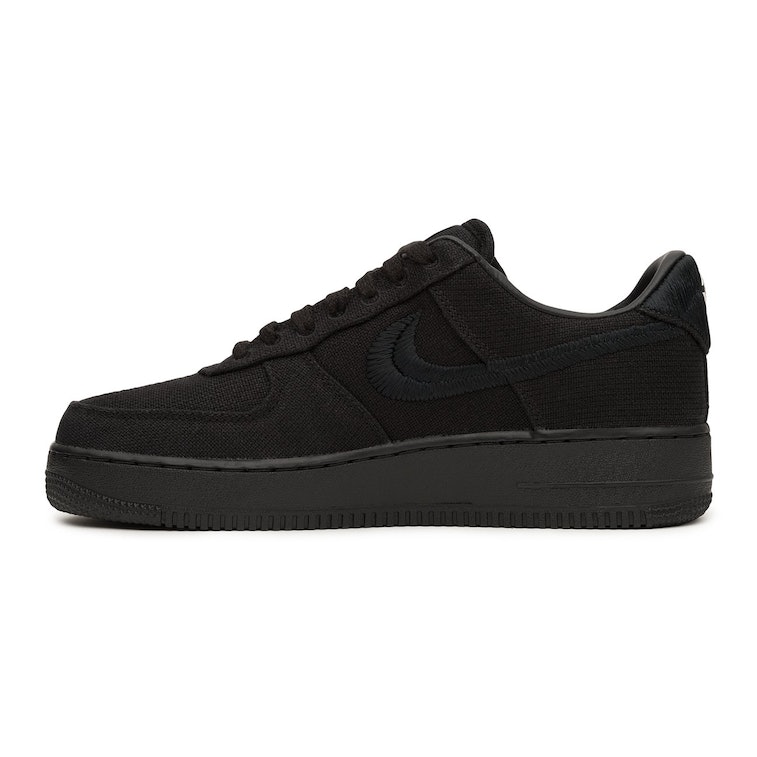 Stüssy's hemp Nike Air Force 1 was quickly pilfered last week, but those who missed out will have a second chance at fetching the sneaker for its original price of $170.

A wider release is set this week for the black version — unfortunately, not so for "Fossil" — through the SNKRS app and select retailers. The restock will go down Tuesday, December 15, with End. Clothing holding a raffle that you can enter right now. Bodega also held a raffle, but it's already closed.

If you're lucky, you'll be spared from turning to the resale market for one of the last bangin' releases of 2020. Stüssy's black AF1 has been selling for around $300 on platforms like StockX, although prices may go down with more stock becoming available.

A more natural AF1 — The Stüssy Air Force 1 followed the Spiridon Cage 2 from earlier in the year by opting for an upper woven with hemp. The Swoosh is embroidered instead of featuring another textile patch, as is the mustache, bearing a double "S" medallion. Rounding out the branding is a tongue patch featuring Stüssy's iconic script.

We've touted Stüssy's latest Nike collab as the best Air Force 1 of the year, although the sand-colored version is admittedly more appealing than the black. Black Air Force 1s are the target of memes accusing its wearers of being thieves, scammers, and otherwise unsavory characters — but Stüssy's take on the color scheme should be somewhat less loaded. The disparity in popularity between the two versions is quite clear, however, as the "Fossil" is reselling for more than $400.

End. and Naked will also restock the apparel from the capsule, including the murdered out, insulated jacket ($368), pants ($300), and skirt ($250). A new color run of Stüssy's Benassi slide in white, green, or black are also due for a restock — providing a cheap entry point for the collection and an ideal house shoe in this second wave of COVID lockdowns.