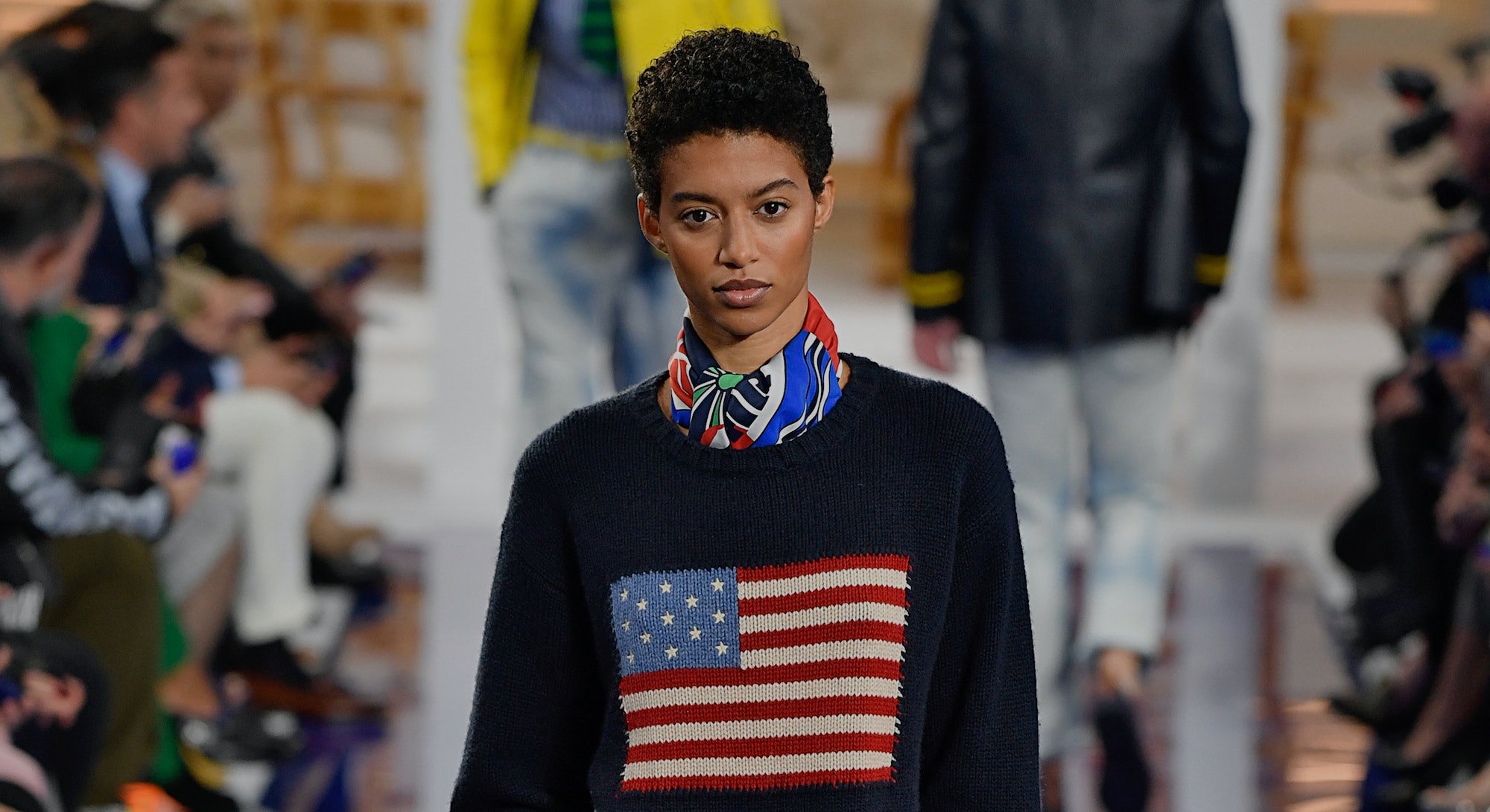 I will never forget what I was wearing the night of the 2016 Presidential Election.

Like too many others, I was assured that Hillary Clinton would easily ward off someone so clearly unfit for public office or even a hospitable work environment. I went to an obnoxiously hip party thrown by my then-employer and was ready to celebrate. To express the misplaced faith I had in our country to do the right thing, I wore a 1996 U.S. Olympic Starter windbreaker with a bitchin’ eagle on the back. Little did I know that the T-shirt I wore underneath, a well-worn Titanic promo, would be a more apt metaphor for the disastrous election results.

When it became clear that Trump was headed for victory, the bad news contrasted with the people continuing to party like everything was fine became too much to bear. With tears in my eyes on the subway home, I stuffed that beloved jacket into my backpack — and later into a storage container where it would sit rejected for the next four years.

During the subsequent Donald Trump administration, the American flag has been taken over by the “Make America Great Again” crowd. It’s been an obvious symbol for the nationalism Trump has proliferated, used as a sort of “fuck you” to anyone he and his supporters don’t consider in their narrow definition of what constitutes an American. There it was at Trump rallies, on obnoxiously large trucks alongside stickers with messages like “Build the wall” and “Fuck your feelings,” and modified with a blue stripe to place police impunity over Black lives. Displaying the flag signaled tacit approval of our president and, as a result, any clothing bearing the stars and stripes became uncouth.

When Joe Biden at long last defeated Trump, I brought that red-white-and-blue starter jacket out of exile and wore it to drink on the sidewalk outside a bar — just another result of the outgoing President’s mishandling of the pandemic. Wearing it came along with a pride in this country I hadn’t felt in four years. This national nightmare finally had an end in sight, and yet something still felt off.

For many liberals, voting for Biden was a necessary act of settling. He could get Trump out of office, but he wouldn’t enact the progressive policies to appropriately tackle our nation’s greatest ailments.

How proud could I really be with Biden as President when he spent too much breath criticizing riots instead of focusing on the justifiable rage over police taking Black lives? How much could I celebrate a man who would be considered a Republican by standards of the '90s, a candidate who rejected Medicare for All, the Green New Deal, and calls to reduce ties to corporations. Will I really love this country more under Biden, or will I just be slightly disenchanted as his administration continues the war hawking, neo-liberal ways of the modern Democratic Party?

“I wonder if people are looking at me like I’m a Trump supporter.”

Jonah Weiner, a freelance writer, has taken on the political implications of putting on clothes several times in his excellent newsletter, Blackbird Spyplane, answering questions including “Is it ever cool to dress like a cop?” and “Would socialism kill cool clothes?”

“I guess there are shades and flavors of wackness that correspond to who’s President — like if wearing a flag under Trump reads as gross, wearing one under Biden, whose whole thing is that he’s a non-transformative, status-quo-upholding empty space, reads as depressing,” Weiner told Input. “I’m trying to think of any cool person who’s ever worn an American flag, and there are probably others, but the only one coming to mind right now is Juelz Santana.”

Santana wore the iconic outfit in the “Dipset Anthem” music video, which was released in 2003 during the George Bush administration. No one has conflated his outfit choice with support of the then-president, and his fellow Diplomat Cam’Ron famously sparred with Republican blowhard Bill O’Reilly that same year. But those were different times, when politics were less entwined with every aspect of our lives.

What we have to ask ourselves when wearing the flag is what it represents. Is it a symbol for our government or our people? Our ideals or the inequality that’s still in effect? From a legal standpoint, no one can copyright or trademark the flag on its own (i.e. without significant alterations). It belongs to all of us, free to use as we see fit — regardless of how Trump and his cronies have sought to corrupt it. Perhaps that’s the way we should see the act of wearing it, too.

“We live in an evil empire no matter who’s in the White House.”

Andy Wolff, who hawks vintage apparel through the @Mom_Thrift Instagram account, takes more of a free interpretation point of view. On the day of this year’s election, he put up for sale Polo Ralph Lauren’s classic Flag Sweater. The caption quoted Hunter S. Thompson and called voting the “most American thing you can do.”

In conversation, Wolff compared wearing the flag to wearing a T-shirt from The Strokes. While he only really loves its first album, Is This It, the drop off following doesn’t preclude him from wearing the band’s merch. “I’ve definitely had this internal dialogue with myself over the past four years, especially being a huge Ralph Lauren fan,” Wolff said. "I have these two vintage Polo Sport hats that say U.S.A. across the front and have an American flag on the back. They’re fucking fire and I love wearing them, but it also makes me feel like 'Oh shit, I wonder if people are looking at me like I’m a Trump supporter.’"

Even prior to Trump being voted out of office, Wolff settled on continuing to wear his American flag gear and not ceding the symbol to a fascist movement. To give it up, he says, would be “Unfair to the people who still love America for all the reasons why we should still love it.”

One such reason is our right to even have a discussion on the implications of the flag. We can openly criticize our government without fear of reprisal, to the point of burning the American flag as an act of protest upheld by the Supreme Court. An advisory code suggests the proper ways of handling and displaying the flag, but the customs are voluntary and unenforceable by law.

Going forward, the optics of wearing Old Glory may just come down to the eyes of the beholder and the heart of the person putting it forward. With Trump soon out of office, the stripes of the flag may no longer seem to spell out “Make America Great Again,” but the symbol has always been subject to compromise and will continue to be.

“We live in an evil empire no matter who’s in the White House, and borders are obscene, so it’s hard to detach the flag from that,” Weiner said. “Rocking a flag has been wack since Betsy Ross, and even if you put aside the symbolic stuff about American imperialism, it’s an objectively ugly design. Bad colors, dumb pattern, not cool.”

And what of my starter jacket, I can’t help but ask? “I think fire Olympic garments are possible," Weiner, answered, "but they succeed in spite of flag motifs, not because of them.”

Not everyone will share in disliking the flag from a design standpoint, least of all Ralph Lauren. At the very least, we should rejoice in the possibility of detaching Trump from the flag, if not all the other ills that still plague this country. What it should come down to is how the flag makes you feel and not necessarily be about others. Wearing it now should be free of association with Trump and his deplorables, but even that may not be enough to vindicate such a loaded symbol.