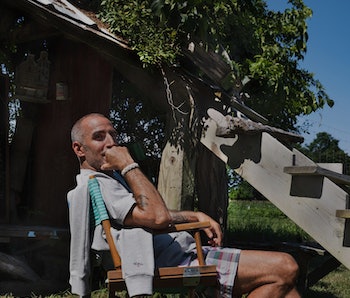 J. Crew is about to get a serious injection of cool, as Noah co-founder and former Supreme creative director Brendon Babenzien has been named its new creative director for menswear. He’ll bring with him skate and streetwear bonafides, but his history at Noah suggests the brand’s change won’t be as extreme as you might expect.

By channeling Long Island surf culture as much as skateboarding, Noah helped usher in a pre-pandemic prep revival. Madras suiting and knit polos sit alongside graphic T-shirts and hoodies in the brand’s Nolita store, and Babenzien’s championing of the former in fresh ways could be exactly what J. Crew needs to become relevant again.

“We need to disrupt the business,” J. Crew CEO Libby Waddle told the Wall Street Journal upon announcing the appointment.

J. Crew has fallen on tough times — J. Crew, the once great mall brand that dressed men in chinos and oxfords throughout the ‘90s and early ‘00s, filed for bankruptcy last September after years of decline were exacerbated by the pandemic. As streetwear became the dominant force in fashion over the last decade, J. Crew’s more buttoned-up offerings fell out of style.

Babenzien says he wants to take J. Crew back to the look it espoused in the ‘80s and ‘90s and focus on doing the basics right. “Can someone walk in and take something as simple as chinos and a T-shirt and make it look good?” he said to WSJ. “It’ll be my job to show people how to do that.”

Babenzien’s first looks from his new post will arrive in stores in the second half of 2022, and he plans on keeping the Ludlow Suit, the most quintessential J. Crew piece of all. Its slim cut was a quick path to wearing a stylish suit in the ‘00s, and Babenzien says he’ll consider updating it with options with more room and pleating.

Don’t worry, he’s not leaving Noah — Business will continue as usual while Babenzien remains at Noah, and the plan is to keep J. Crew’s prices at about half that of Noah’s. Boosting the quality will be his primary focus at J. Crew, but Babenzien will also bring some of the flair that’s helped define his career so far.

If Noah is ideal for former streetwear acolytes looking to dress more grown, Babenzien’s J. Crew should help more of an everyman dress more stylishly without much effort. If he’s successful, we could see J. Crew return as a one-stop shop for a no frills but put together look.

More like this
Maya Ernest
5.16.2022 7:00 PM
Style
Supreme is dropping Malcolm X gear as a fundraiser for a Black research library
Andrea Carrillo
5.25.2022 3:03 PM
Style
Yeezy Gap Engineered by Balenciaga's second collection will drop this Friday
Andrea Carrillo
5.23.2022 5:13 PM
Style
Adidas and Balenciaga’s collab will give you a run for your money