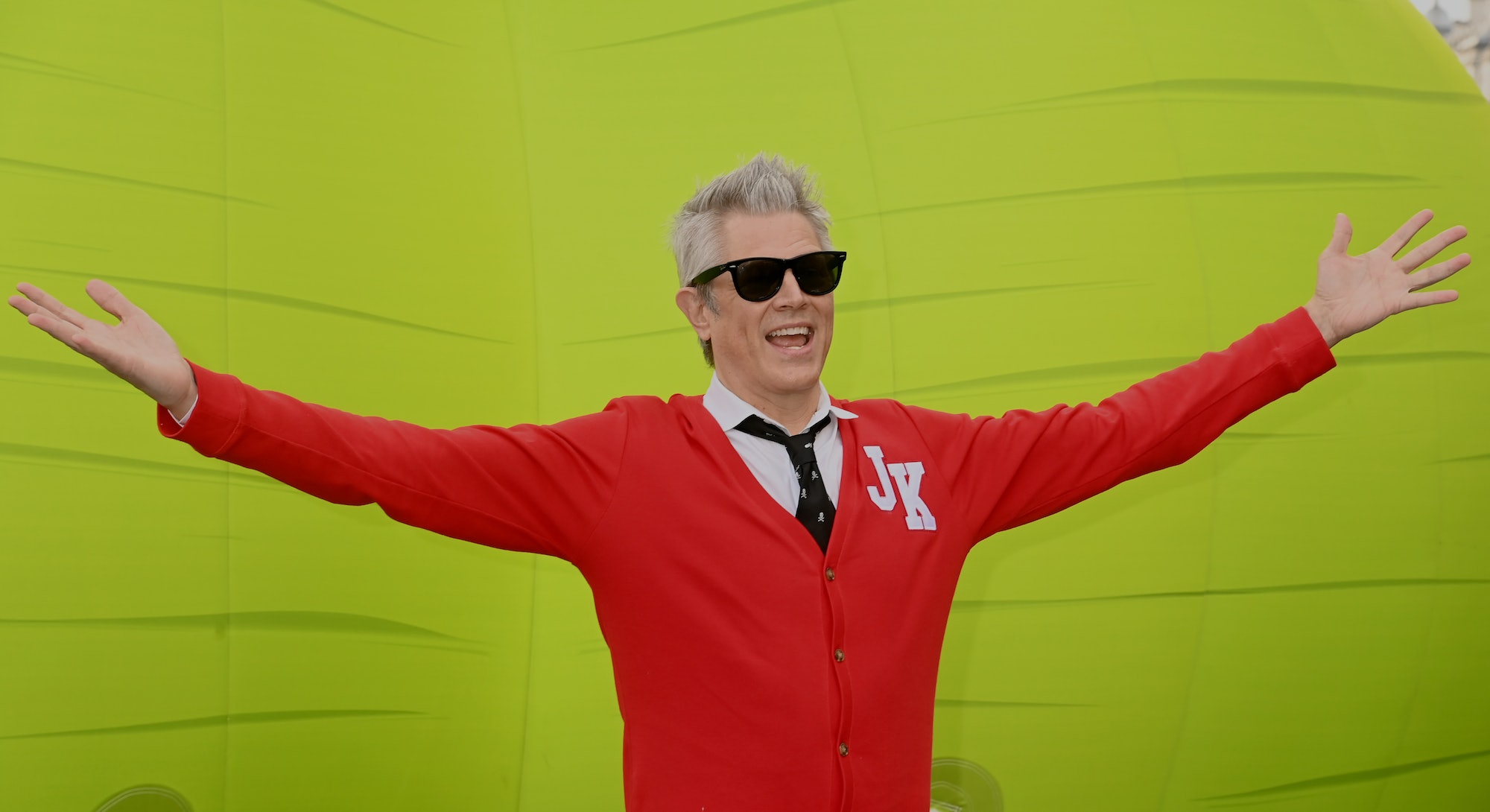 In Jackass Forever, the fourth major installment of the slapstick comedy franchise, Johnny Knoxville hangs from an electrical wire, soars out of a cannon dressed as Icarus, and gets pummeled in-air by a raging bull.

With Knoxville as its fearless ringleader, the movie is overflowing with “cup tests,” venomous animals, and male genitalia. But one of the most surprising things about Jackass is its fashion.

After the film premiered in early February, thousands of viewers took to Twitter, calling Knoxville a “style icon” and sharing photos from his GQ shoot. One shot climbed the ranks of Reddit’s r/streetwear, garnering nearly 5,000 upvotes. In conversation with Input, Knoxville defines his style as “Steve McQueen meets Paul Lynde” and says he’s heavily inspired by the former’s classic Americana look. He admits he “basically rips off” Wax guitarist Tom “Soda” Gardocki’s look, then cheekily adds that he digs “Liberace’s quiet, understated style.”

Despite a wide range of style influences, Knoxville’s clothing choices aren’t just for style. “I take clothing into consideration when performing a stunt,” he tells Input. “For example, in ‘The Magic Trick’ in Jackass Forever, the magician’s pants had to have a lot of give in them, because I knew I was going to be flipped up in the air by the bull, and I didn’t want my legs restricted. But the way it turned out, my pants should have been the least of my concerns.”

The film’s flagship stunt, which you can watch in the video below, resulted in Knoxville lying unconscious, landing him a week in the hospital along with a gnarly concussion, broken ribs, and a brain hemorrhage.

“Sometimes during a stunt, we want the clothes restrictive because it adds to the comedy,” Knoxville says. “Like when we were on the island of Komodo [in Jackass spinoff Wildboyz], and I was interacting with Komodo dragons while dressed in knight’s armor, it made it very hard to get away from the dragons, which was bad for me but good for footage.”

Knoxville avoids buying already distressed clothing. One of his fashion philosophies is that you gotta earn your own holes and rips, and he’s done his fair share of it. Knoxville also identifies as a minimalist when it comes to his wardrobe, telling Complex that he only owns about two pairs of pants and sneakers, as well as a few flannels.

“Whatever is in fashion at the moment for men usually really bothers me, so I stick to a handful of what I hope are classic pieces.”

“I really don’t like wearing anything that’s part of the current look. Whatever is in fashion at the moment for men usually really bothers me, so I stick to a handful of what I hope are classic pieces,” he said to Input. “Part of it is my stubbornness, part of it is my obsessive nature, and part of it is I am a complete peacock, just like my mother. Rest her pretty soul.”

While Knoxville’s daily life may involve more hits to the head or running from wild animals than the average person, he, like everyone else, has his list of wardrobe essentials. Below are five signature items from the world’s most stylish stuntman.

Knoxville’s red Converse are almost as iconic to the Jackass brand as the signature skull and crutches logo. He’s worn the sneakers for years and even rocked the red kicks while fighting in the 2022 WWE Royal Rumble.

“I have obviously been a fan of Chuck Taylors for many years, and red is my favorite color. It was my mother’s favorite color, too,” Knoxville says. In the 2006 movie sequel Jackass Number Two, Knoxville strayed from red and sported a custom black Converse All Stars sneaker emblazoned with the Jackass logo.

Knoxville has been seen sporting Aviators, as well as clear-lensed Ray-Bans, but his signature shades are undoubtedly the black Wayfarer. “I often wear my sunglasses out of vanity,” Knoxville recently joked. “They’re prescription, though. So I can see out of them.”

Knoxville has donned several different cardigans over the years, but featured most prominently in Jackass Forever is his vintage lime green one. The back reads: “Joe Frazier World Champion,” as Knoxville has previously expressed his admiration for the late boxer.

Another one of Knoxville’s vintage pieces is a Waylon Jennings belt buckle, which features the singer-songwriter’s signature symbol, the Flying W. Knoxville has long expressed his passion for outlaw country music — indeed, a 2005 interview reveals that Jennings, Johnny Cash and Willie Nelson are among the stuntman’s biggest influences.

While Knoxville has been wearing Dickies skateboarding pants for over two decades, the Jackass star is admittedly not much of a skater himself. However, skate culture undoubtedly permeates the spirit of Jackass, and vice versa. In fact, Knoxville got his start writing for Big Brother, a skateboarding magazine run by Jeff Tremaine, who would later go on to co-create Jackass and direct the TV show and subsequent films.