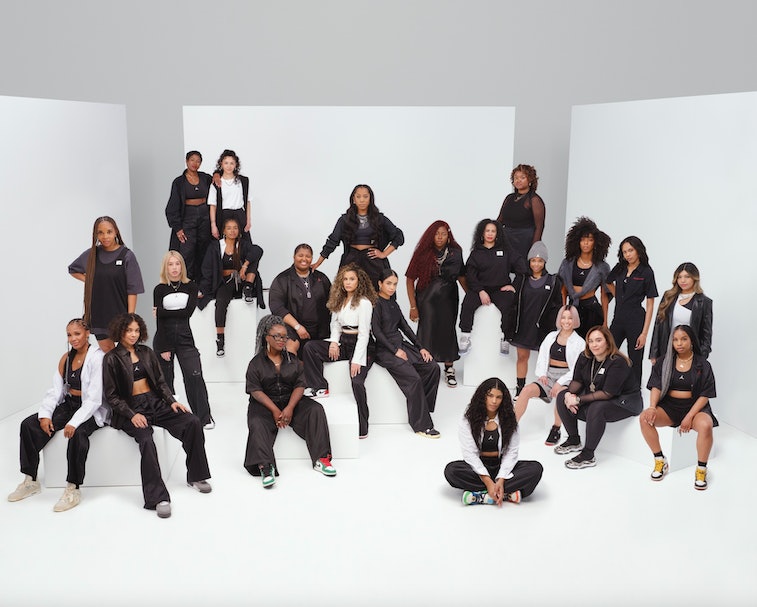 Legacies are built not bought, and Jordan Brand is making new efforts to solidify its commitment to women. As perhaps its most long-term and expansive investment in women yet, the basketball giant is launching its first global Women’s Collective.

For the women-centered program. Jordan Brand recruited 33 female trailblazers in Los Angeles, Chicago, New York, London, Paris, and Shanghai to undergo six months' worth of retreats, dinners, events, panels, and mentorship. Each will be issued funds through a grant to be applied toward their respective communities, and once the initial six-month period has ended the team will help select new members to continue in the program.

She’s got game — While male-dominated industries have made efforts at better including women, more often than not, the moves don’t involve a full seat at the table. Nike and Adidas have announced monetary and product-based investments to even the playing field, but many women often resort to creating their own spaces as a matter of uplifting each other.

Jordan said in a press release that it recognizes the performative element that can accompany the term “inclusive” and insists the program won’t be focused on being a “product-incubator banking on cultural capital.” Jumpman has previously broken barriers for diversity and inclusion in basketball, but the new initiative is intended to give women the resources and backing they need to drive deeper change.

Each of the selected women has displayed a commitment to basketball and sneaker culture within their respective cities. The group is comprised of skaters, visual artists, DJs, activists, photographers, businesses owners, and more who have each been heavy advocates for other women in their fields. Jordan Brand will issue grants to each of the women so that they can use the money as they see fit to benefit and empower their local communities.

By bringing in new voices, Jordan Brand wants to gain a better sense of the specific needs of certain communities and create a “curriculum design that encourages dialogue, fosters relationships, and strengthens leadership skills.” It’s hardly a secret how disproportionate streetwear and sports merchandising is toward women — in both sizing and influential positions behind the scenes — but Jordan is hoping to improve the situation in its recruitment of members for the Global Women’s Collective.

Some of the women said this was the first time they had interacted with so many female leaders in one space. “The energy was powerful and I’ve never been in a space where a brand brought together a group of women for an actual purpose,” Monica Kran said in a release. Jordan Brand has slowly tuned into the power of women on sales and overall influence over the past couple of years, but hopefully this time its efforts create a greater impact.