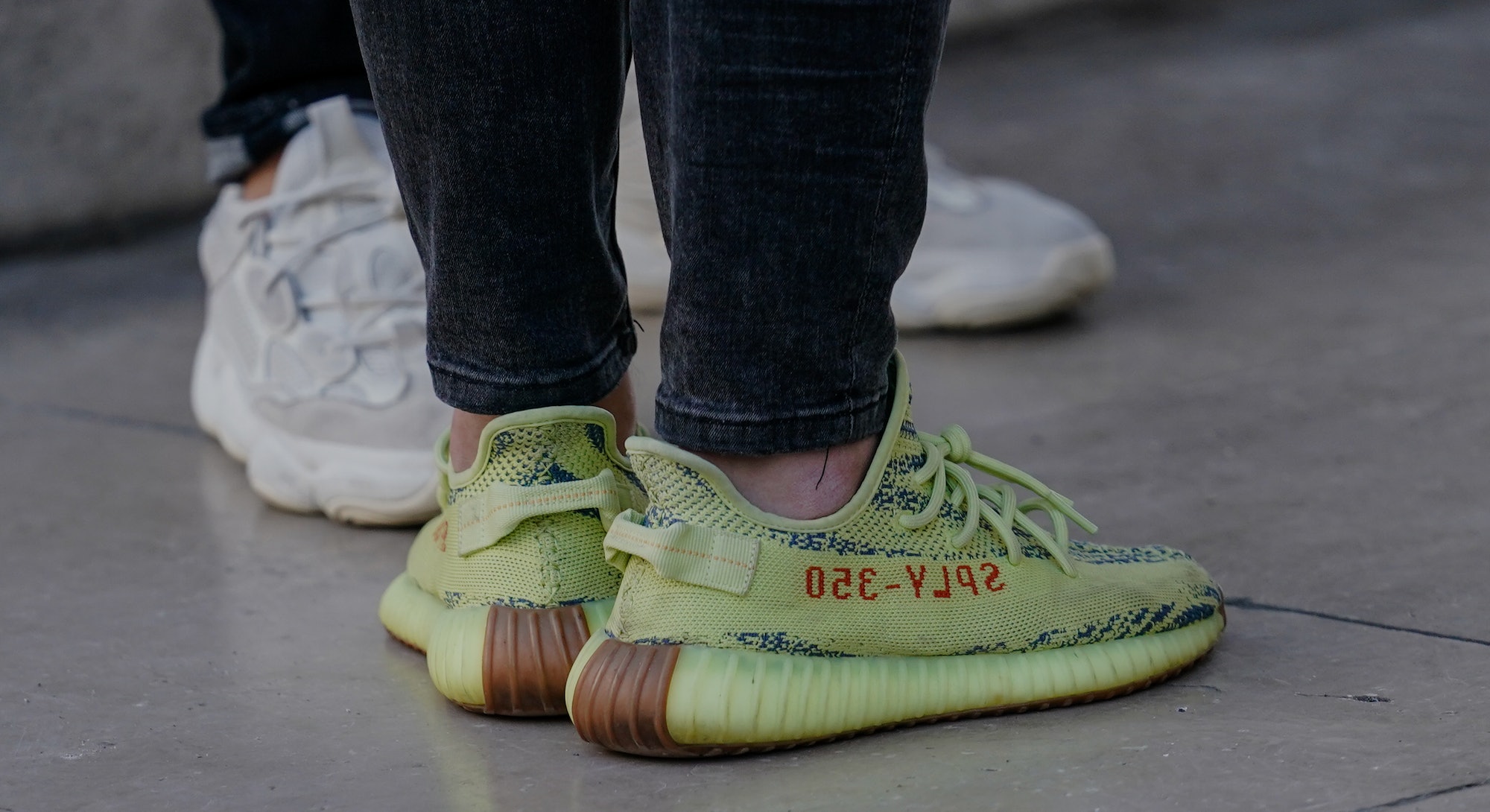 On the first Friday of August last year, the Yeezys were flowing. Adidas and Kanye West surprised customers with a blitz of restocked sneakers, including 15 verions of what was once a super exclusive silhouette, the Yeezy 350 V2.

Over the course of nearly 13 hours, both the Adidas and Yeezy Supply sites were consistently updated with additional models. 31 different sneakers re-released in total that day, an unprecedented move for not only Yeezy, but any highly sought after line of sneakers.

For those who picked up a pair (or more), it must have felt like a blessing. For those looking at the bigger picture, it spelled desperation: Why would Yeezy, which was once the most sought-after name in sneakers, need to re-release so many models at once? And even more curiously, why would Yeezy need to embark on a paid promotional campaign with the likes of Kicks Deals, Sneaker Shouts, and Sneaker Steal, which cover sneaker drops and deals? These Yeezy 350 V2s should have sold themselves.

The story of Yeezy’s decline in vogue can be told by the 350 V2, which is essentially the flagship sneaker of Adidas and West’s partnership. First released in 2016, it’s an update of the original 350, which existed in only four renditions: Turtle Dove, Pirate Black, Moonrock, and Oxford Tan. The 350 V2 is a whole different monster. More than 30 iterations have dropped in the past four years, with more versions still on the way. It was the 6th best selling sneaker of 2019, up from 9th in 2018. (An important distinction: the ranking is based on total revenue, not units, which is bolstered by the 350 V2’s high price tag of $220.)

For most sneakers, this would be a mark of success, but enthusiasm for the 350 V2 has plummeted amongst enthusiasts as the market has become oversaturated. The sneaker no longer sells out as quickly, and the resale market is grim. While the original quartet of 350s still resell for no lower than $800 on resale sites like StockX, some 350 V2 models can be found for as little as $239, just $19 over their retail price.

The idea of “too much of a good thing” is paramount to sneakerheads. The more attainable a sneaker becomes, the less desirable. Adidas famously released millions of pairs of the 350 V2 “Triple White” in 2018, finally making good on Kanye’s years-old promise of “Yeezys for everyone.” But democratization doesn’t drive yearning. The shoe has become mainstream enough to be found on Wall Street types and other guys far from the zeitgeist. Even if it’s selling well, is this really the crowd Adidas and Kanye want?

“Adidas is facing a real issue with this line,” says Matt Powell, the sportswear analyst at NPD who releases the annual list of best-selling sneakers. “Every brand who has products based on scarcity needs to be really careful to maintain that level of scarcity.”

Powell points to Jordan Brand, in comparison, which just had its first $1 billion quarter last year. “For years, Nike grew Jordan about 10 percent every year”, he says, “even though the demand was probably much higher. They did that intentionally to make sure that the shoes sold out and that the people came back for the next one. There’s a science and an art to it. You can’t get greedy.”

The 350 V2 should have been treated how Nike handled the Air Jordan 1 — as something precious. The 35-year-old model is still one of the most beloved sneakers ever made. Everyone from high fashion to pro athletes adore it. It’s a grail, a necessary purchase every time it re-releases. After the original run in 1985 and 1986, the Air Jordan 1 didn’t return to market until 1994. Two seven-year gaps followed, with small releases in 2001 and 2008. For a while after, they were doled out more steadily but still with care. Several versions would drop every year, with years going by before the same one would drop again.

“Every brand who has products based on scarcity needs to be really careful to maintain that level of scarcity.”

You can’t blame Adidas for not wanting to wait as long for success, but it still should have shown more restraint. And as of 2019, it has to an extent. The Yeezy brand didn’t grow last year, which was apparently according to plan. That massive 350 V2 “Triple White” release the year before led to record growth, which Adidas didn’t seek to replicate. It’s likely that the company realized how it hurt the brand, revenue aside.

Still, there are too many 350 V2s continuing to hit the market. Three new versions have already launched this year alone, and that figure will double this week with three regional-specific variants releasing around the world. The “pre-sale” market provides some indication of demand as those who’ve secured early pairs flip them for an inflated price. North America’s “Earth” colorway can be had already for around $300, signalling that the resale market will be even lower. Adidas CEO Kasper Rorsted told Footwear News in 2018 that he wasn’t worried about fatigue. Even if Yeezy is doing too much, Adidas is still doing great work with other non-athlete celebrities like Beyoncé and Jonah Hill.

“There is the potential for this brand to recover the real scarcity that’s out of control, but it won’t be easy to get there,” Powell says. “You can’t slow it down for one year and get there the next year.”

Jordan Brand even had the same problem in 2017 and 2018, when its products flooded the market as Nike looked to offset declining sales across the company. This was after the brand appeased vocal purists who wanted to see the original “Nike Air” branding return to models like the Air Jordan 1, 3, and 6. Even the Air Jordan 1 became oversaturated before returning closer to stasis last year. Like the 350 V2, Jordan models began sitting unsold for longer and saw their resale value decline. The brand still hasn’t fully recovered, but it’s gotten closer to its prior standing by slowing things down again.

The fate of the shoe, and possibly the brand, depends on if Adidas keeps cranking out the 350 V2 or finally pump the breaks. “It takes a long time to rehabilitate a brand,” Powell says. “Especially when it’s built around scarcity.”

Yeezy is still young, but it should learn from the history of Jordan. If Kanye wants to credibly jump over the Jumpman, he needs to avoid making the exact same stumbles.