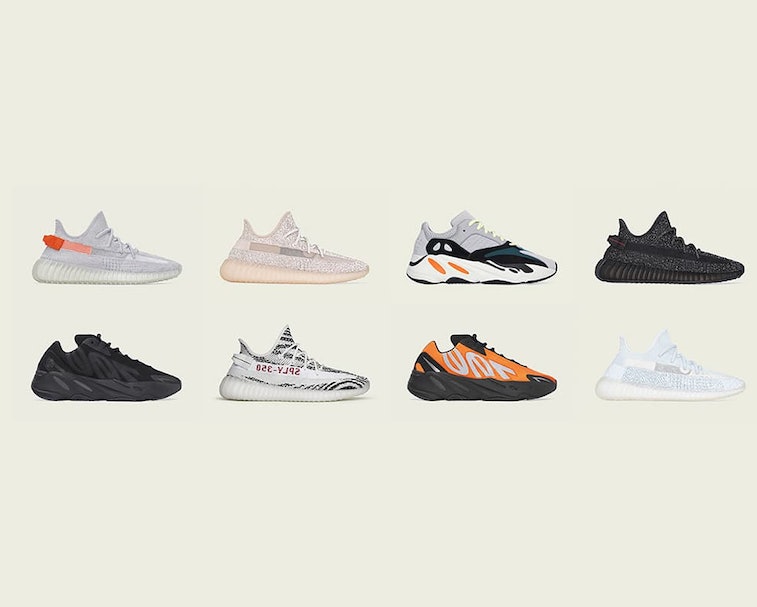 August 2, otherwise known as Yeezy Day — an honorary holiday for hypebeasts — delivered a marathon of shoe drops through Yeezy Supply, Adidas’ website, and Adidas’ Confirmed app. Starting at 7 a.m. ET, new Yeezy releases and restocks were made available by the hour, giving consumers more chances to buy the hard-to-get models. The aftermath of the event, however, has left such consumers empty-handed — and pointing the blame towards bots, resellers, and poor management by Adidas.

Overwhelming demand caused Adidas’ Confirmed app to crash even before drops began, say multiple Twitter users. A similar issue produced an error page on Yeezy Supply, which cited a “security issue” preventing users from accessing its releases. “Yeezy Day was over before it even started,” wrote one disgruntled Twitter user, while another complained Adidas’ Confirmed app was worse than Nike’s well-hated SNKRS app.

It ain’t easy scoring Yeezy — Ironically, the “security issues” blocking off sites like Yeezy Supply and overwhelming Adidas are often used to prevent consumers from using bots — but instead, the error message impeded real people from buying any sort of Yeezys. Online, people are speculating that more bots bought shoes than actual consumers, while tweets from bot-users are practically proving that point.

One Twitter user claims she bought 1,132 pairs of Yeezys with the help of Trickle Bot, a bot service promising “a steady drip of success.” Yet Trickle Bot should consider its victories as more of a flood than a drip — just looking at the service’s Twitter page shows that thousands of consumers were able to buy multiple pairs of Yeezys with its help. Some Trickle Bot users bought a handful of pairs, while others bought hundreds.

Such drops are worthless if resellers and bots get to them first.

Utter defeat — Yeezy Day was supposed to be accessible to consumers, or at least more so than usual Yeezy drops. But in not protecting its stock from bots, Adidas failed to carry out the event’s purpose, and more importantly, it failed its customers.

Buying a Yeezy sneaker, or any sneaker nowadays, costs hundreds of dollars. The average person can only indulge in a few pairs a year, should they be lucky enough to get the opportunity; they have to compete with people armed with more money, bots, and power. Missing out on a retail-priced drop also requires abundant means — there’s no Yeezy shoe selling below $250 on StockX. It’s no longer just about who loves shoes, but rather who can actually afford them.

Bound 2 bots — Already, smaller communities have begun to band together against resellers and bots, but the problem will persist (and strengthen) as first-hand retailers like Adidas continue to seemingly ignore the bots. If brands aren’t willing to protect their consumers, shoppers will turn to other, more secure options to buy sneakers — although some have “solved” their bot griefs by joining the problem itself. The move is justifiable: It’s almost impossible to score shoes without the help of bots.

Adidas needs to realize that the future of the sneaker industry isn’t just about giving consumers more opportunities to buy hot silhouettes: Such drops are worthless if resellers and bots get to them first. Whether through multiple checkout questions or ‘I’m not a robot” boxes, big name brands need to figure out a way to ensure sneakers go to real consumers — otherwise, they’ll end up only serving computerized customers, and actual enthusiasts will be forced to pay up or go sneakerless.