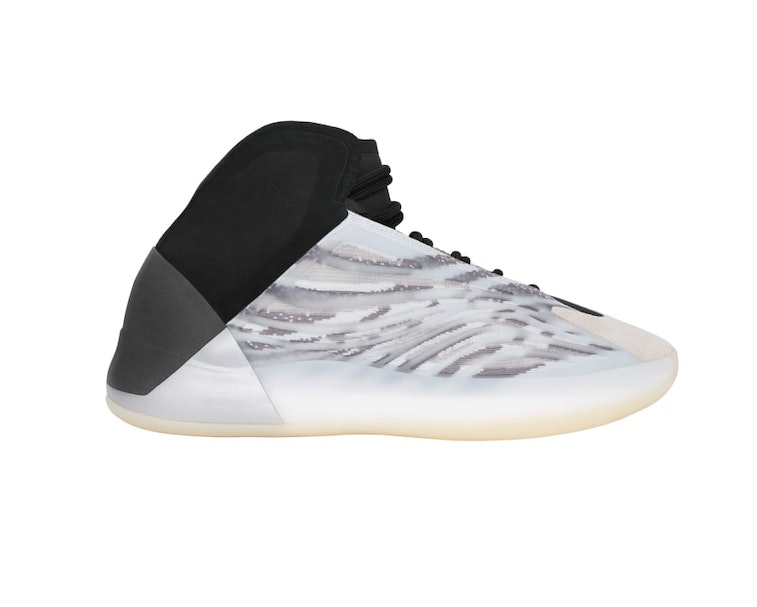 The release of Kanye West's Adidas Yeezy Quantum Basketball sneaker could have been a pivotal moment as his first dedicated athletic sneaker. Years of teasing prior to its 2020 Chicago-exclusive release for the NBA All-Star game did build hype, but it quickly tapered once the shoe became a reality.

Some, if not most, find the Quantum ugly — but the atrophy of excitement spells opportunity if you're fond of the sneaker anyway. The Basketball version re-released today and is still sitting available as an easy cop. Almost every size is still up for sale between the Adidas Confirmed app, Yeezy Supply, and Bodega.

On the off chance that yours is sold out already, you'll have ample opportunity soon with retailers including Ssense, Mr. Porter, and Nordstrom also scheduled to receive stock. Resale prices for the Quantum Basketball on platforms like StockX are hovering around, slightly above, and even below the $250 retail price., meaning the shoe isn't profitable enough for you to have to compete against the vultures.

What makes it a basketball sneaker? — At first glance, the Yeezy Quantum Basketball and the more succinctly named Yeezy Quantum appear to be the same shoe. They bear the same color scheme, but the basketball model is reinforced for performance. Hardshell cages across the heel provide more security, while the ankle is sturdier an elastic collar with extra layers and padding. And from a purely optical standpoint, the Basketball version features a more prominent zebra pattern across the Primeknit weave.

Zach LaVine wore the Quantum Basketball sneakers during the 2020 Three-Point Contest, while Brandon Ingram rocked them during the actual All-Star Game. Andre Iguodala has also been spotted on-court in multiple variants of the shoe — but it still hasn't become a common footwear choice for NBA games.

Perhaps Adidas proper, not to mention all of its competitors, simply understands the performance needs for basketball better.

Yeezy hype is down overall — Resale prices have fallen across the board for Yeezy sneaker releases, and even when they do sell out it takes longer than usual. The brand increasing supply over the years is a major factor because of hype's in-extractible relationship with scarcity, but so is West's behavior and the number of fans he's isolated as a result.

Still, a lack of hype is a dumb reason not to buy a shoe. If you like it, buy it — it's as simple as that with the Yeezy Quantum Basketball, for once.