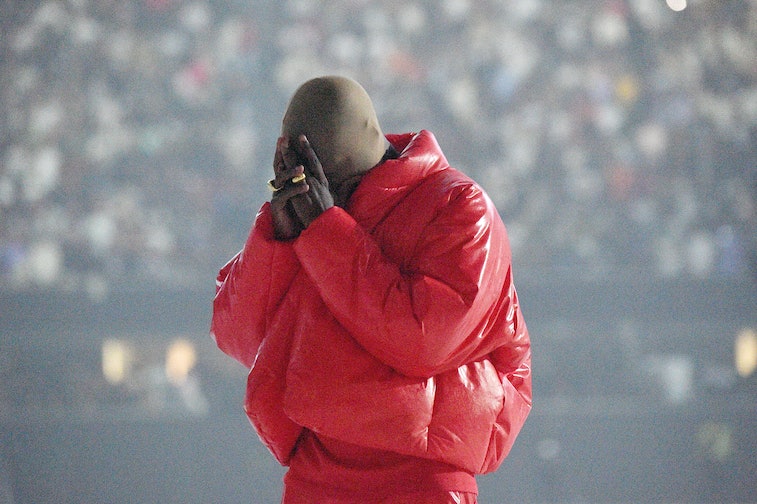 Donda is getting ready to hit the field. Antonio Brown, a former player of the NFL’s Tampa Bay Buccaneers, said in a recent Complex interview that he and Kanye West are collaborating on a Donda sports brand.

Let’s talk business — The two met “randomly” at a restaurant, according to Brown, and quickly bonded over a lack of “fashion lines for athletes.” What exactly this new line will look like still remains to be seen, but Brown seemed intent on bringing fashionable and comfortable options to athletes. Being that the sports brand is an extension of the Donda namesake, it probably won’t stray too far from the basic, utilitarian-style clothing that’s representative of the label.

Who knows, Donda Academy, the K-12 prep school in California, may get first dibs on the collection as the school has already signed four elite basketball prospects onto its roster. Who better to rep the sports brand than Donda’s own athletes?

Brown and West’s fast friendship was sparked “by the grace of God,” seemingly an instance of being at the right place at the right time – which so happened to be Craig’s restaurant in LA. He told Complex that they have “some exciting things to look forward to this year,” hinting at a long-term partnership.

Buccaneers who? — Brown made headlines when he stripped off his jersey and walked off the field during a game against the New York Jets on January 2. Now, it appears that Brown is getting a taste of life outside football, though he insists that he’s an athlete first, with a personal rap album (Himmothy 2), an appearance on Donda 2, and talks of an Amazon documentary. Ye himself is dipping his toes into ventures outside Yeezy, as seen through his recent teased collaboration with Jordan Brand and the upcoming jeen-yuhs Netflix documentary.

Official information about the Donda sports brand is still under wraps but it’ll be interesting to see where this new path takes Brown while his NFL career is in limbo. You can take the athlete out of his jersey, but he can always make his own with Kanye West.