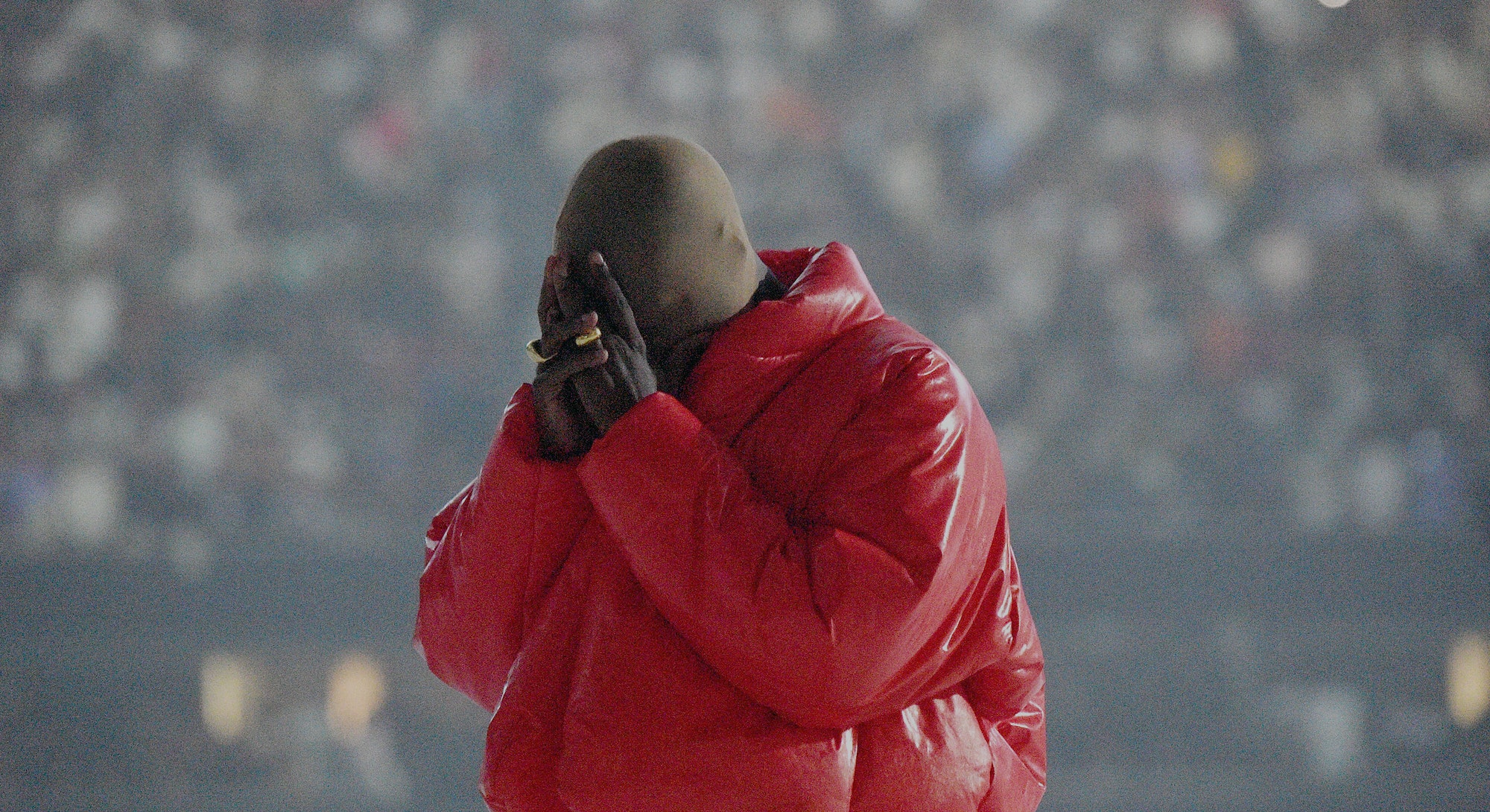 In 2013 — seven years before coronavirus made masks common — Kanye West donned a studded facial covering during performances of his album Yeezus.

An act of rebellion against none other than himself, Kanye’s mask served as the original “separate the art from the artist.” Meant to highlight West as a musical vessel — rather than the man who married Kim Kardashian, ran for president, and once peed on a Grammy — the facial covering attempted to veil the artist’s enormous ego as he focused solely on his work.

“Stay in your place! Don’t embarrass yourself trying to chase your dreams. Save face. Save face,” West said, paraphrasing fashion brands during his London Wireless Festival performance on July 4, 2014. “That’s why I got this fucking mask on, because I ain’t worried about saving face… fuck whatever my face is supposed to mean and fuck whatever the name Kanye is supposed to mean, it’s about my dreams!”

Now, Kanye is dreaming once again, this time for the long-awaited release of his album DONDA. Listening parties for the project, as well as recent paparazzi shots, show West wearing masks that cover his entire face — he even wore a facial covering while doing pushups at his new Mercedes-Benz Stadium living quarters. But why has West continued to adopt the accessory? Does it serve as a barrier between himself and his work, or is it simply an escape from the constant eye of fame?

Devil in a new mask

Kanye’s 2014 concert speech — which is the only time he’s ever spoken publicly about why he wears masks — implies he wants to depersonalize himself and focus on his “dreams.” To the rapper, who’s known for his huge ego, covering his money-maker may be a way for him to momentarily free himself from the idol he is (or at least sees himself as).

“People just saw me perform for 80 percent of my show without seeing my face.”

On a less humble note, the masks could also symbolize just how big Kanye’s ego is: “People just saw me perform for 80 percent of my show without seeing my face and they’re like, ‘We paid all this money to see him and he ain’t show his face for 80 percent and we still cool with that,’” remarked Kanye on his Yeezus tour, referring to the four different Margiela masks he wore during performances. No matter what the artist does, he implies, his fans will still show up for his music.

In the DONDA era, not much seems to have changed. West has rarely been spotted without a mask for months, and arrived nearly two hours late to his first DONDA listening party. His ex-wife Kim Kardashian, who he so famously used to style, has even joined in on the mask phenomenon, wearing a zippered Balenciaga gimp mask to one of Kanye’s DONDA listening events.

Seemingly a sign of support, Kim’s fabric mask mirrored Kanye’s facial covering of the same brand, while mimicking its message. Both facial coverings imply that Kardashian and West are able to shroud their identities and still be instantly recognizable figures.

For Kanye, a man dedicated to his religion, his masked self may nod to one of his nicknames — Yeezus. The album of the same name carried many religious references, with West even bringing out “Jesus” onstage with him at performances. Only when the stage savior appeared did Kanye take off his mask, perhaps suggesting the artist was only a messenger.

A fan theory has tied more religious meaning to his masks.

Of course, like most things West does, everything is up for interpretation (and speculation). A fan theory has tied more religious meaning to his masks, inspired by Nathaniel Hawthorne’s short story, “The Minister’s Black Veil.” In the story, a clergyman decides to don a black veil after coming face-to-face with his own sins, repentance, and morality. He openly wears the veil in public, preaching sermons and living day to day while never removing the mask in front of anyone, not even on his deathbed.

It’s not a bad theory: The past few years have seen West focused on making religious music, founding his Sunday Service, and creating religious DONDA merch, including a T-shirt bearing a Star of David with a crucifix inside. One of his recent facial coverings even pictured a crucified Jesus Christ.

Kanye’s minimalistic room at Mercedes-Benz Stadium in Atlanta, where he’s staying as he works on DONDA, has also caused fans to compare the artist to monks, who often live in small, simple quarters.

The theory believes Kanye is trying to hide his sins while he works on the album, which is named after his mother, Donda West, who passed away in 2007. It’s been suggested that the artist may feel some sort of regret, or wants to repent for his “sins” — perhaps including his recent divorce from Kim Kardashian.

For the rapper, there’s always been power in symbolic anonymity, particularly as he leaves a fairly public marriage. What he’s actually symbolizing, though, won’t be concrete until we see the release of DONDA — whenever that is. Like all things Kanye, only time will tell.