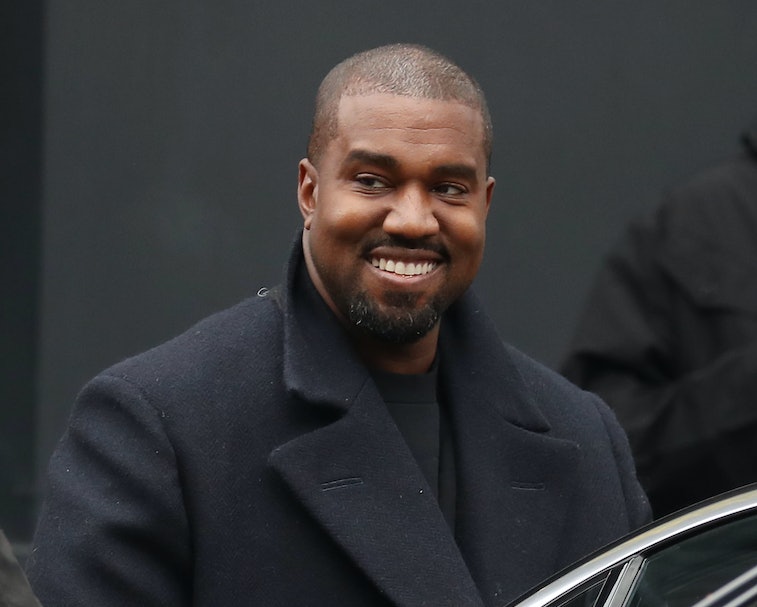 Kanye West may be one of Adidas’ most lucrative partners, but he just can’t seem to quit wearing Nike.

For the third time this year, West has been spotted wearing Adidas’ primary rival with little regard for optics. Designer and friend Heron Preston posted a series of photos to Instagram showing West wearing the football gloves Preston made in collaboration with Nike. Despite wearing a mask covering his face, West seemingly wanted the photos to be seen, as Preston says he was sent the images directly from Kanye.

Last year, West took an interview as a chance to publicly insist he should be able to continue wearing Nike despite any contractual obligations. “In my Adidas contract, [I] should definitely be able to wear Jordans,” he told Nick Cannon. “Jordans need to be a part of reparations. You can’t tell a Black man not to wear Jordans. It should be in any deal. And also, you can wear your friend’s clothes.”

Supporting the homies — Almost exactly a year after expressing his desire to wear his friends’ Nike collaborations, West is doing just that. Preston worked as an art designer for West and was a co-founder of Been Trill along with Virgil Abloh and Justin Saunders of JJJJound. Through his namesake brand that he’d go on to launch in 2017, Preston has sought to promote more sustainable practices to the streetwear industry.

This time, West can say he was simply supporting his friend — but that hasn’t always been the case. The man who reportedly earned $191 million from Adidas was spotted in June wearing his Adidas Yeezy Foam Runner along with Nike crew socks. He then wore Nike track pants during a livestream session revealing his work on the album Donda, and a promotional video made in conjunction with Apple Music saw Nike athlete Sha’Carri Richardson wearing no shortage of the Swoosh. In fact, the very first image in the spot that aired during the NBA Finals was a pair of Nike track sneakers on starting blocks.

It admittedly feels ridiculous spending so much time fussing over the logos West wears, but his recurring acts of brand treachery do make us wonder just how much Adidas is willing to tolerate. For now, it seems that the corporation is seeking to avoid bringing more attention to the issue by commenting or punishing West despite having previously terminated an NBA player’s contract for wearing Nike just once during a pre-game shoot-around. When you’re earning Adidas so much money, the same rules don’t seem to apply.