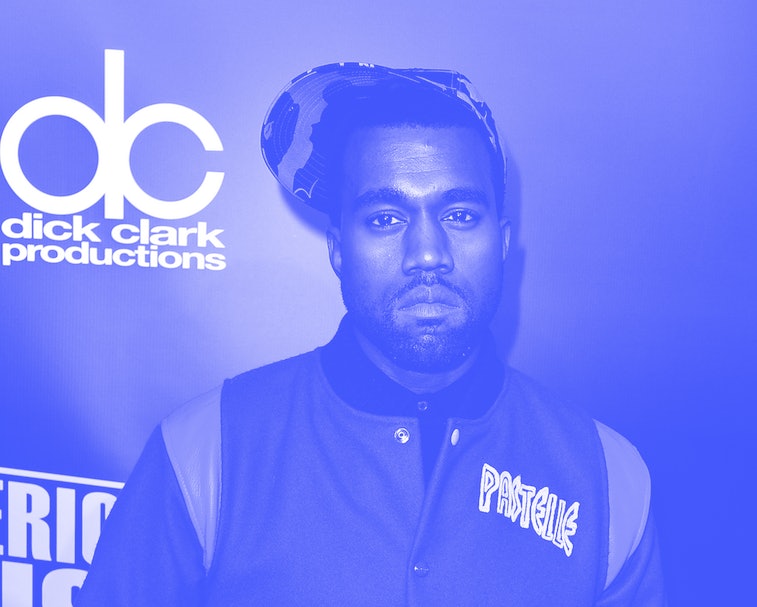 Kanye West has found success in numerous business endeavors outside of the music industry. Between his stints with Nike, Adidas, Gap, Balenciaga, and of course, Yeezy, West has unsuccessfully run for president and entertained the idea of a “Christian TikTok.” But before any of that — and back when he still went by Kanye — the rapper helped conceive Pastelle, a streetwear brand that fizzled out soon after its creation in 2007.

Similar to today’s Yeezy releases, Pastelle’s products were only available on their own website in highly limited quantities. Samples made up most of the brand’s offerings, making anything still available today extremely rare. Now, one of the most sought-after products from Pastelle is up for sale courtesy of consignor, Justin Reed. The short-lived brand’s iconic varsity jacket, a design flaunted by Ye himself, could be yours for a cool $10,000.

Miss the old Kanye — According to Pastelle’s oral history (documented by Complex), West was obsessed with the idea of creating a varsity jacket for Pastelle as he saw the piece as a symbol of sportsmanship and winning. A leather troupe jacket, sourced from a vintage store, inspired the now-famous cobalt blue Pastelle varsity jacket, which displays the brand’s name in yellow on the back.

Ye wore the Pastelle design during his 2008 American Music Awards performance, bringing hype for the streetwear brand to a peak. At that point, West was working with Virgil Abloh, Don C, Willo Perron, and Matt George on the label. Ye later recruited Kim Jones as a consultant, Emma Hedlund and Saif Baker — now known for CMMN SWDN — as designers, Ben Baller to manage accessories, Retrosuperfuture for eyewear, KAWS for a bespoke logo, and BAPE to help with distribution. While Ye headed the project, Pastelle was as much a group effort as his albums are known for.

When Pastelle finally launched, its offices were shuttered and events were canceled. West disappeared from the public eye for months. It was never revealed exactly why the brand closed up shop before it ever really opened. Fans have speculated that Ye was too busy working with Nike at the time or that he was taking time away from the public in light of his mother’s passing. Designers for the brand, some of whom went unpaid after Pastelle’s demise, told Complex that the brand was too unorganized for it to come to fruition in earnest.

Get the grail now — Whatever the reason for the streetwear brand’s extinction, the Pastelle varsity jacket is a piece of fashion history, especially for West’s fans. Reed, who has the piece listed on his website, describes it as “pre-owned” and “very gently worn.” The size-medium jacket — dressed in a classic palette of blue, yellow, and red — is one of the few Pastelle pieces left in the world. Considering its rarity, $10,000 honestly seems like a bargain. Better pray to Yeezus that you can cop it before it sells out.