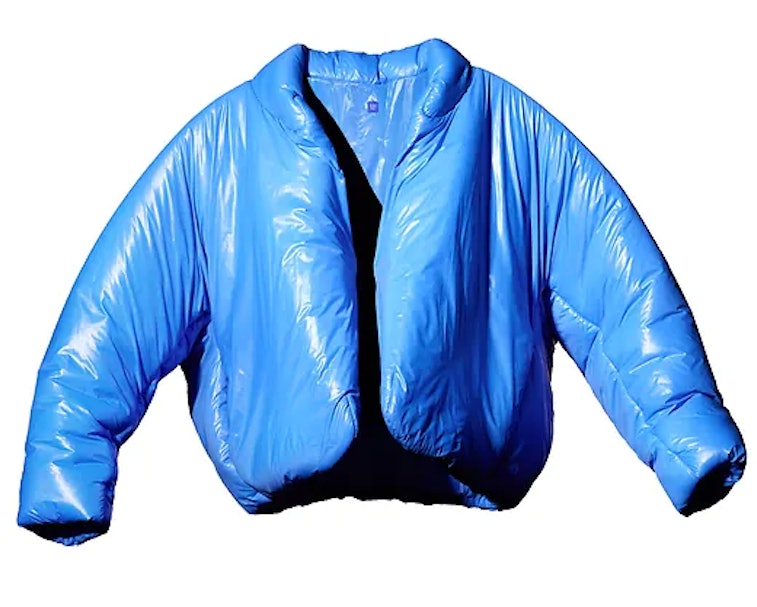 The Yeezy Gap era has officially begun, and it’s done so in the quiet of the night. A $200 puffer coat went up for sale at 2 a.m. ET this morning as the first piece of apparel from Kanye West’s new line with Gap.

Now that the sun is up, the dedicated website may say the jacket is sold out — and yet you can still proceed with a pre-order. A spokesperson for Yeezy confirmed that, due to high demand, some users may see long wait times while others will see the “sold out” message. If you wait it out regardless, you’ll be able to purchase one of the “Round Jackets” for an expected delivery in October.

“Floating projections” of the jacket are also on display for the public to see beginning yesterday in New York City at the Museum, Los Angeles at the Grammy Museum, and at 1601 North Milwaukee Avenue in Chicago.

A strange start to a landmark partnership — Mysterious projections in three U.S. cities proceeded by a flash sale for an uncannily sheeny puffer jacket are a sign of how different Gap is about to do things with West in the fold. The once-fledging mall brand is banking big on the West effect not only leading to high sales for his new line, but across the board for its in-house offerings.

Previous reports had indicated that Yeezy Gap would launch sometime in June, with in-store deliveries expected by the end of the month. Whether or not that’s still the case remains to be seen, or if this puffer with a confusing rollout is all we’ll see in the near future. All eyes are on Gap this morning, but with customers unsure if they can purchase the first Yeezy drop that may not be the best way to kick off such a highly-anticipated collaboration.