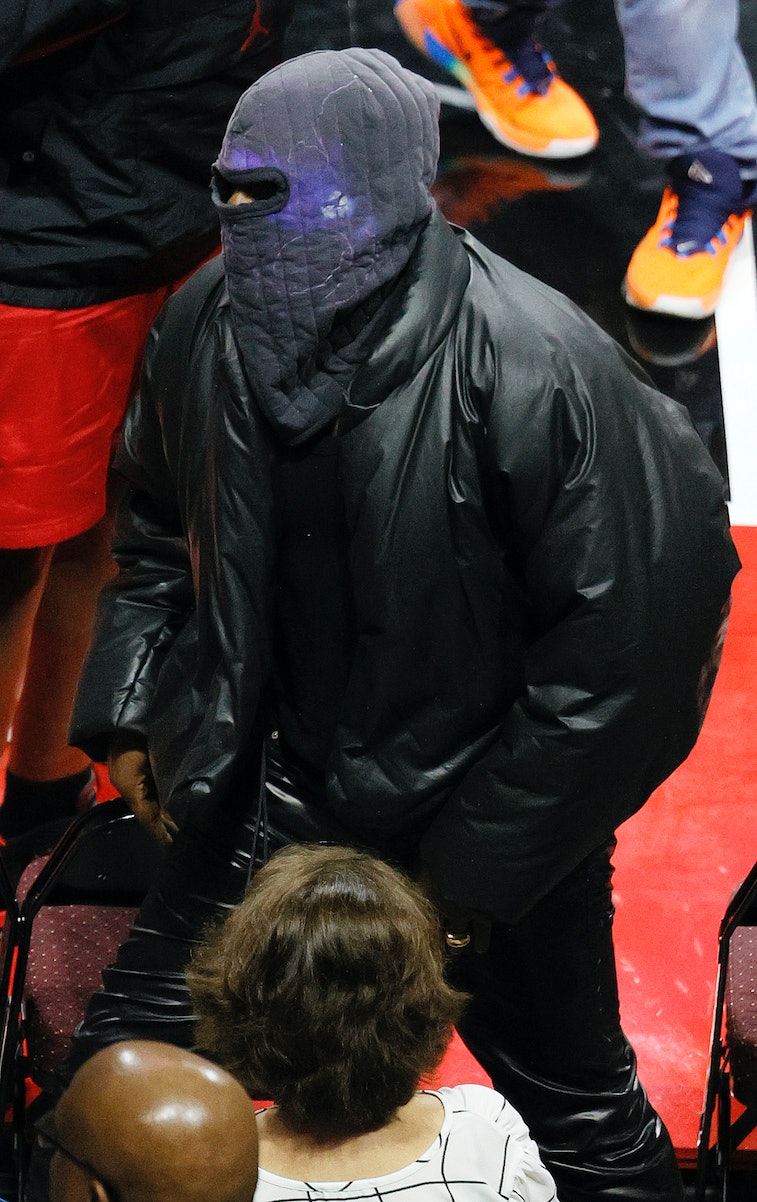 Kanye West’s Donda album may be nowhere to be seen on streaming services after his listening party Thursday night, but fans can at least get a similar jacket to the one he wore for the stadium-sized event.

The black Yeezy Gap Round Jacket, previously only made available internationally, is now up for pre-order in the United States. Uncannily shiny, the puffer coat has been made in two different colors as the first releases for West’s highly anticipated partnership with Gap. He’s been spotted wearing it frequently over the last month, including a new red version Thursday night, and there’s no promise you can wear it as well as him.

The jacket’s distinct appearance is achieved by treating the cotton poplin shell with a rubberized polyurethane coating. Inside is a Primaloft polyester fill, a more sustainable and vegan alternative to down insulation. The boxy cut and trash bag-like finish make it one of the strangest puffers you’ll ever see — totally fugly or a successful effort in freaking it, depending on who you ask.

A winter investment — Deliveries for the $200 Round Jacket won’t begin until some time this winter. Delayed gratification runs counter to the hyper-consumerist mentality that always moves onto the next cop, but it’s the price to pay for making open access a defining trait for the nascent Yeezy Gap line. (Besides, unless you’re willing to sweat it out like Kanye, what do you need a puffer coat for now?)

Pre-orders for the first two Yeezy Gap releases are making his partnership with the mall brand even more democratic than we would have expected. There’s no limits to the amount Gap will make, meaning anyone who wants to look like Missy Elliot in the “Supa Dupa Fly” music video can.

This jawnz-for-all mentality is particularly funny when it involves such a challenging item of apparel. The Round Jacket may become ubiquitous come winter, but it’ll take an elite dresser to truly pull it off.