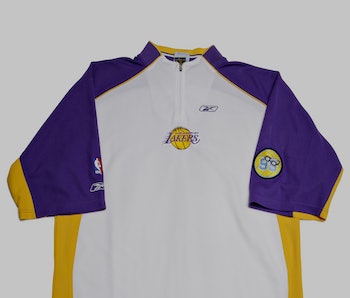 Sotheby’s is hosting an auction for the shooting shirt from Kobe Bryant’s 81-point game. It’s the first time any memorabilia from the 2006 game has ever gone up for bidding.

On January 22, 2006, Bryant scored 81 points against the Toronto Raptors for the second-highest scoring total in NBA history. The mark is only behind Wilt Chamberlain’s 100-point game in 1962, and the two records still stand today.

Included with the shooting shirt will be a one-of-one NFT by Karvin Cheung, the designer of Upper Deck’s highly coveted Exquisite Collection Basketball trading cards. Sotheby’s will also accept cryptocurrency for the first time in a sports auction, as the winner can pay in either ETH, BTC, or USDC in addition to fiat currency.

More on the goods — Bryant’s shooting shirt has been authenticated and photo-matched by The MeiGray Group, the NBA’s official authenticator. The auction began today with an opening bid of $200,000 and will close on February 22. A public viewing for the rare piece of sports memorabilia is also being held at Sotheby’s Los Angeles gallery and will be open until the auction closes.

The complimentary NFT, which Sotheby’s hasn’t shown yet, will feature an original animation celebrating the achievement, along with Chinese imagery playing into the significance of the number “8” in Chinese culture and the tradition of Lucky Envelopes. The number 8 is said to represent fortune or prosperity, while Lucky Envelopes are part of celebrating birthdays, marriages, or the birth of a child, as well as Lunar New Year.

“‘81’ is among the most memorable moments in not only basketball, but throughout sports history,” Brahm Wachter, Sotheby’s head of Streetwear and Modern Collectables, said in a release. “It is an honor to offer a piece from this historic game, worn by one of the league’s most legendary players right before he shattered multiple records – including Bryant’s own career high.”

More like this
Andrea Carrillo
5.19.2022 4:42 PM
Style
Six iconic pieces of Michael Jordan history are going up for auction
Maya Ernest
5.13.2022 8:06 PM
Style
Nike may soon end its contract with Brooklyn Nets player Kyrie Irving
Andrea Carrillo
5.23.2022 5:13 PM
Style
Adidas and Balenciaga’s collab will give you a run for your money