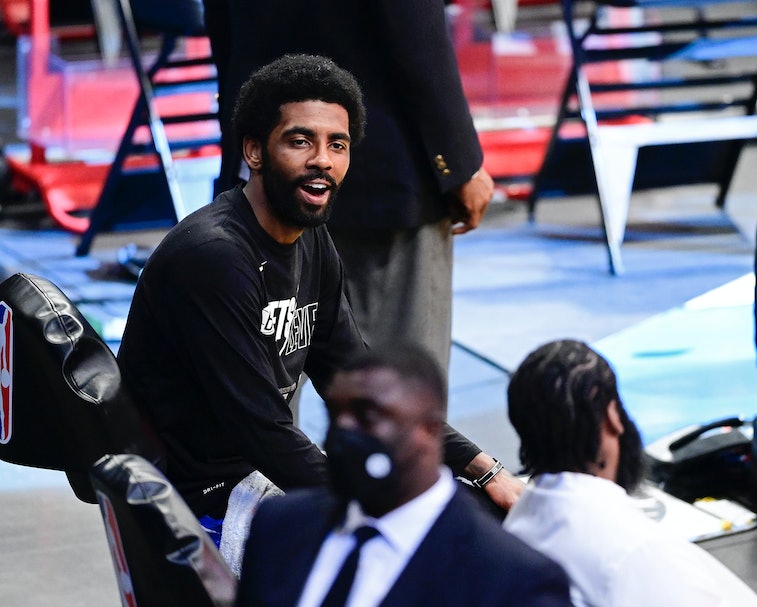 Kyrie Irving took onlookers by surprise last week when he went out of his way to call his own sneakers “trash.” The mercurial basketball star preemptively distanced himself from the Nike Kyrie 8, which then (and even now) had only been seen by the public in leaked images.

Now, nearly a week later, Irving seems to have come to his senses and realized he shouldn’t bite the hand that feeds him. "When you're building something great, there sometimes comes a point when you need to recalibrate and refocus to ensure everyone involved is aligned,” Irving said in a statement obtained by The Athletic's Sham Charania. “This is where the KAI11 brand and Nike are. It was unfair to put the blame on Nike or any one person. With that being said, we are diligently working, restructuring, and reimagining things together to make sure we get it right."

Criticizing Nike, which reportedly pays Irving $11 million per year, would have been a strange decision at any point in time — but his comments seemed particularly out of place for a sneaker that, by all appearances, had yet to even become finalized. Why call out something that isn’t even finished, especially when you may be jeopardizing your own money?

You can thank a fan account — The minor controversy was set off by a fan account on Instagram called @K11Kicks that’s dedicated solely to covering Irving’s sneakers. Chances are that when the user behind the account re-posted leaked images of the upcoming sneaker and tagged Irving, they had no idea the man himself would come with a precision nuke targeting both the shoes and his own reputation.

“I have nothing to do with the design or marketing of the upcoming #Kyrie8,” Irving said in the comment. “IMO these are trash!I have Absolutely nothing to do with them!Nike plans to release it without my okay regardless of what I say, so I apologize in advance to all of my sneaker heads and true supporters of the #KAI11 brand.”

Whatever the future holds for the Kyrie 8, Irving’s comments will ensure more public scrutiny for the shoe than with any previous sneakers from his Nike line. And even if he ends up thinking the final product does suck, he’ll probably be smart enough to keep it to himself from now on.