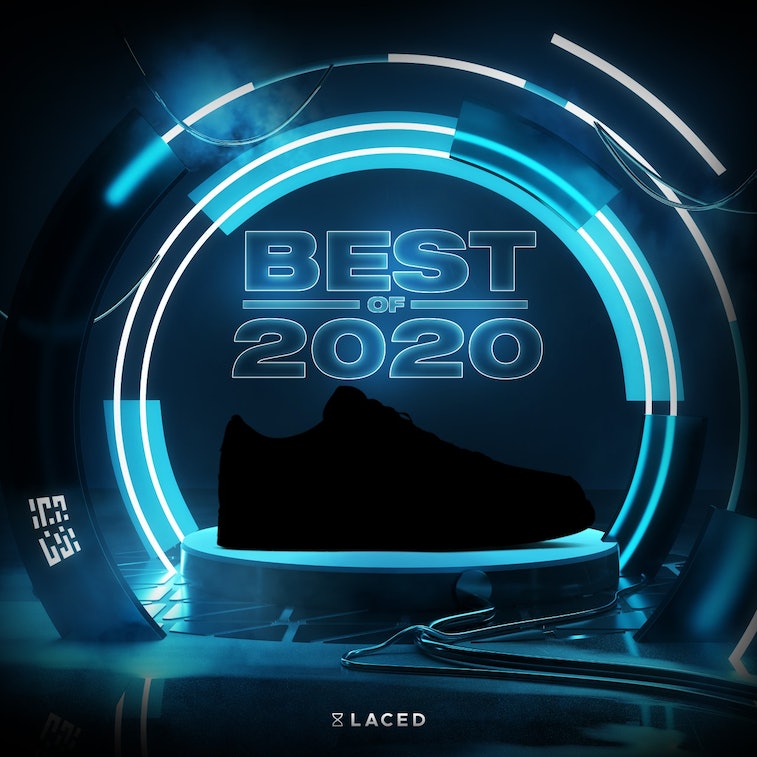 Imagine scoring a pair of Jordan 1s for $1.24. In your dreams, right? Well, LACED is an app aiming to take the power away from resellers, with hopes of awarding everyone the same shot of landing a release for a fair price. And to cap off 2020, they’re hosting an event where you too, could snag new sneakers below retail prices.

Over the course of six days, LACED will auction off some of this year’s best sneakers, including the Off-White Air Jordan 5 in Black and Sail colorways, the Travis Scott Jordan 6, and the Jordan 4 Unions. You’ll have 24 live chances to catch these sneakers during the app’s Best of 2020 event. Just sign up, buy a bid pack, and plan which outfit you’ll wear first with your new kicks.

Fair sneaker sale — The app works through auctions, and users bid by penny by penny. Every time a bid is placed, the timer resets to seven seconds, and you get to see in real-time who is bidding in the auction. If your bid is the last one placed when the timer hits zero, you win — but be wary someone else doesn’t reset the timer with their competing bid. According to LACED, auctions can go on for hours or even minutes depending on the sneaker, but not having a set time gives users full control over the value of the shoe. Winners pay the price of the sneaker at which the auction closed and get all their bids back. If you unfortunately lose, bids that were used turn into reward points, and you get to use them in the LACED shop to buy merch and accessories for your sneakers.

Since LACED is a live auction platform and doesn’t have a web-based infrastructure, bots have a nearly impossible chance of stealing the sneakers. Hundreds of bids would have to be purchased. According to LACED, playing on the app isn’t about who has the most money or bids, it’s about how you play and what sneakers you go for with the number of bids you have. Plus, LACED has a 30-day two-win cap policy in place, giving everyone a shot at winning. They’re for the people.

“The LACED Best of 2020 event is here to give the sneaker community that pair they have been wanting for months for a fraction of the cost,” said Sean Lozano, founder and CEO of LACED. He claims that, “since launching in 2018, we have auctioned off over 1,300 sneakers all under retail price.”

LACED with luck — Yes, it’s legit. The 24 sneakers up for auction during the Best of 2020 event will be revealed December 26 at 8AM EST. As for right now, the app hosts four daily auctions at 1, 3, 5, and 8 pm EST, with sneaker previews beforehand. There’s probably one going on as you’re reading this — hurry, you’re missing it!