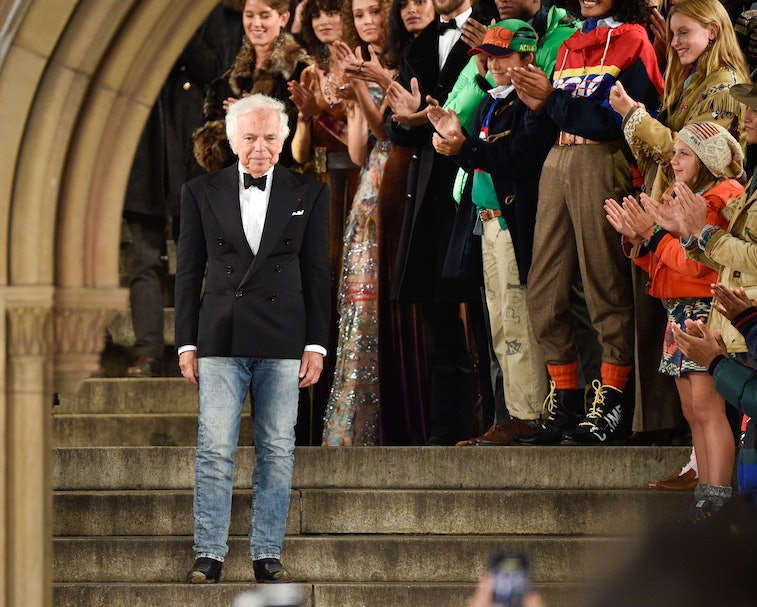 LVMH’s gold-clad grip on almost everything luxury could become even firmer soon, as reports point to the multinational conglomerate eyeing a blockbuster acquisition of Ralph Lauren.

According to Axios, the parent company of Louis Vuitton, Christian Dior, Tiffany & Co., and more has held “exploratory conversations” over the past several years to discuss a buyout of the American brand. Sources say the namesake founder, chairman, and chief creative officer could see the acquisition as his “crowning achievement” and the solution for his succession plan for a future that doesn’t involve Ralph Lauren himself.

Ralph Lauren’s current worth is just under $8 billion, and this acquisition would be one of the largest of all-time in the apparel industry. Just last year, LVMH completed its acquisition of Tiffany & Co. in a deal worth $15.8 billion, and sources told Axios that the immediate success of the jewelry brand has made the conglomerate more confident acquiring another from the U.S. market.

Is America the new frontier of luxury? — Few luxury brands are left for the taking in Europe after decades of competition between LVMH, the most valuable company on the entire continent, and its nearest rival, Kering. Gucci, Balenciaga, Yves Saint Laurent, and Bottega Veneta are all owned by Kering, while LVMH lays claim to Givenchy, Fendi, Loewe, Off-White, and Rimowa in addition to the houses listed up top.

With little room for corporate reshuffling in Europe, America may just become the new battleground for the luxury giants. Ralph Lauren was hit hard by the recent unstable economy and offloaded Club Monaco last year in an effort to go smaller, but prosperity is once again returning based on earnings reports for Q3 2021.

Revenue for the quarter was higher than predicted and greater than during the same period pre-COVID in 2020. Digital commerce has proven especially strong, with a 30 percent growth on Ralph Lauren’s own platforms, and the overall net revenue for the third quarter hit $1.8 billion. Such a rebound could be exactly what LVMH needs to ramp up its interest in Ralph Lauren, and we’ll be keeping an eye out for discussions to become more serious.