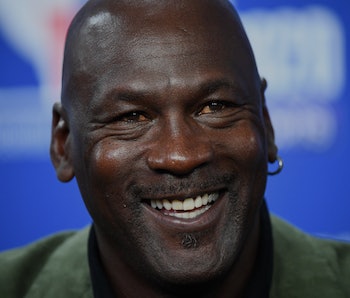 Michael Jordan is entering the metaverse on his own, separate from Nike’s plans to turn his sneakers into digital tokens.

Together with his son Jeffrey, Michael will launch an athlete-focused NFT platform called Heir in 2022. The product has already received $10.6 million in outside and will be the first venture under the new holding company Heir, Inc. While the athletes whose likeness will feature in NFTs still hasn’t been announced, Jeffrey told Variety that Heir will be going after “tier one” NBA and WNBA players, as well as rising stars in the NCAA who are now able to profit off of their likeness because of new rules.

Within Heir, athletes will sell a limited number of “seats” that will give fans access to NFTs and other digital assets built on the Solana blockchain network. Users will also be able to join an athlete’s “huddle,” which will offer perks including exclusive drops and immersive experiences. Scarcity will be the name of the game, with the number of spots in an athlete’s huddle capped at 0.5 to 1 percent of their social following. Anyone wanting to get in once a huddle is filled will then have to purchase a spot from another user.

A great split for athletes — On initial sales for NFTs, athletes will receive 80 percent of the profit while Heir takes the remaining 20. Any subsequent sales on the NFTs will then see the cut split 50-50 amongst the two parties.

Lonzo Ball has joined Heir as one of the early investors, joining firms Thrive Capital and Solana Ventures, as well as reddit co-founder Alexis Ohanian and William Wesley, executive vice president and senior basketball adviser for the New York Knicks. According to Jeffrey Jordan, Michael is serving as a “strategic adviser and partner.” Whether or not his likeness will appear on Heir has yet to be confirmed, but it’s hard to imagine it not considering the instant boost it would provide.

In addition to NFTs, Heir’s content will include behind-the-scenes videos, live Q&A’s, and quizzes. Such content could have already been provided on social media platforms, but now athletes will have the chance to monetize it within the gold rush going down in the metaverse. Fans looking to get involved can sign-up now for Heir’s waitlist right here.