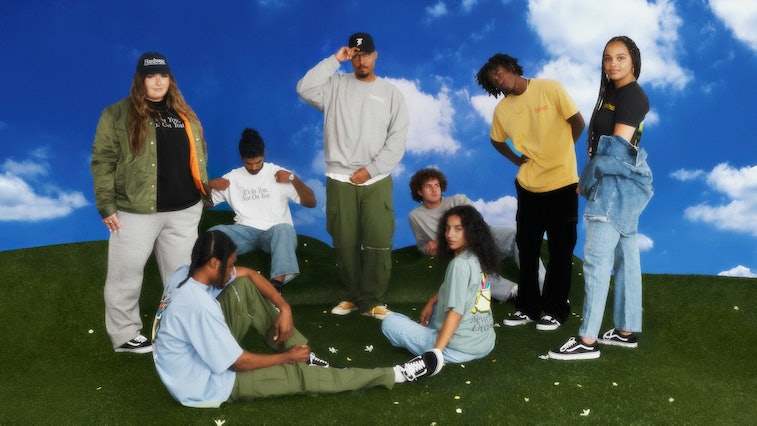 Microsoft is rebooting with a debut collection of clothing. Aptly named Hardwear, the capsule takes inspiration from “normcore,” an aesthetic that puts focus on individuals and not the clothing they wear, for a Bill Gates-esque feel. Minimal graphics and Microsoft graphics decorate tees, jackets, pants, pullovers, and hats to appease nostalgia for the company’s familiar startup sound and grassy hill desktop background.

The nine-piece Hardwear collection takes on a simple demeanor because “expression should be effortless,” according to a press release. Built in partnership with designer Gavin Mathieu, who worked alongside Jerry Lorenzo and Nipsey Hussle before founding his streetwear brand Supervsn, the capsule is meant to reduce any distraction to people’s creativity. “Humans are at their highest level of self when they create,” said Mathieu in a release, noting that Microsoft and its MS Paint software inspired him to be a designer.

Update loading — Hardwear’s minimal design allows its pieces to blend effortlessly into anyone’s wardrobe, echoing Mathieu’s belief that anyone can be (and dress like) a creator. Photographed in a setting reminiscent of Microsoft’s iconic desktop background, the capsule’s campaign highlights gray “Hardwear”-branded sweatsuits and MS Paint-inspired tees amongst old PCs and computer mice. Graphic tees boast sayings like “never not creating” and “it’s in you, not on you,” to emphasize the collection’s focus on inner, not outer, value.

Denim jackets and hats all boast minimal Hardwear branding, including a subheading that reads “Designed by Gavin Mathieu for Microsoft.” A pair of olive cargo pants bear the same text, albeit in a much smaller font, just below zippers that turn the bottoms into shorts.

Log in — Don’t let the Microsoft capsule slip to your spam folder: Pieces from the Hardwear collection — available on the Xbox website — span from $45 to $150, making them more digestible than most streetwear collaborations. Every item in the collection has been designed with intention, states a press release, to encourage subsequent intentional creation from its wearer. “Don’t stop at the clothes,” Microsoft’s release continues. “Understand and carry the message that creativity is not on you, it’s in you, and it knows no bounds.”

Check out the intent behind Mathieu’s Microsoft designs.