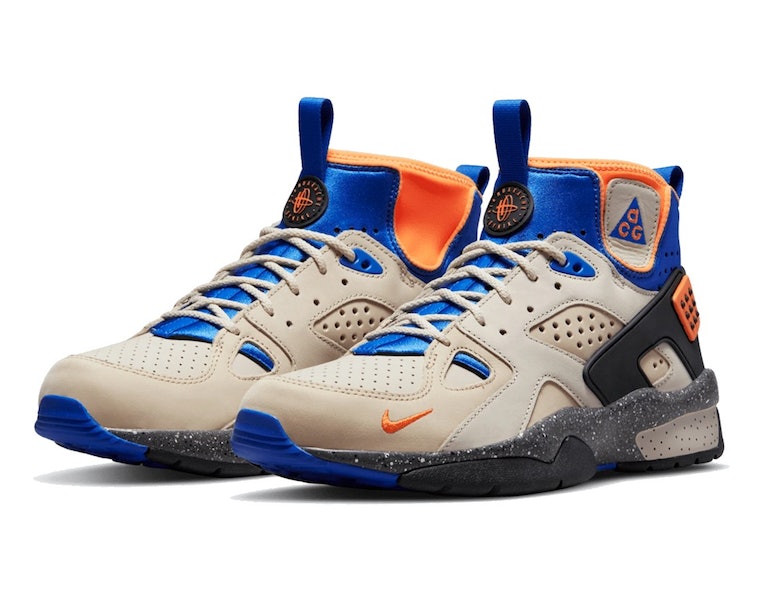 Despite being one of Nike ACG’s most iconic sneakers, the Air Mowabb doesn’t make many appearances on the release calendar. Comme des Garçons made two collaborative pairs in 2018, but apart from that, the Tinker Hatfield sneaker has received surprisingly little attention in recent memory.

Now, the Air Mowabb will finally get more love with a pair of reissues to celebrate its 30th anniversary. The mid-cut sneaker-boot hybrid will return in its famed “Rattan Birch” color scheme, as well as the lesser-known “Gravity Purple” variant.

Sneaker News says this the two-sneaker set will be the first re-releases (or “retros”) for the Air Mowabb, but in fact, the “Rattan Birch” version did make a single return in 2015. “Gravity Purple,” however, is difficult to find any traces of online — and both will be welcomed back enthusiastically by ACG heads.

A Tinker classic — As the name might suggest, legendary sneaker designer Tinker Hatfield created the Air Mowabb after being inspired by his trips to Moab, Utah. He wanted to make a sneaker similar to Native American moccasins and ended up bringing DNA from the Air Huarache with its neoprene tongue and collar. The sneaker’s speckled midsole was also a first for Nike, with the motif going on to become a sneaker staple.

In a Sneaker Freaker interview from 2008, Hatfield spoke about wanting to make an outdoor cross-trainer unlike anything else that had ever been made. “So I’m thinking, well, we’ve got this ACG project, so I’m going to design a shoe like no other,” Hatfield said. “I had built up some political clout from previous projects, and I think it’s a mistake if you don’t take advantage of that to do things no one’s ever done.”

What sets the two latest reissues apart is that they’ll feature the “Air Huarache” logo on the tongue, which hasn’t always been the case despite being a feature of the original. Sneaker boutiques like Haven and Mowabb, the latter of which has deleted its listing, are beginning to confirm an August 1 release date, and we can likely expect an announcement for SNKRS to come soon.