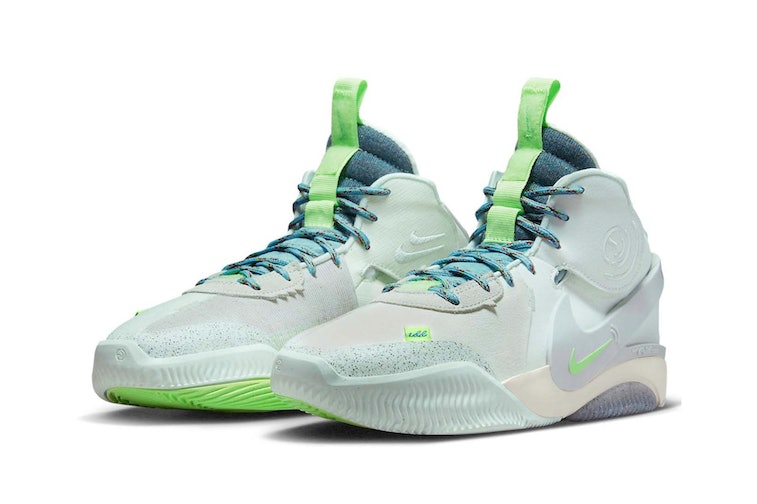 Brands are finally recognizing WNBA stars this summer, releasing signature shoes with a sudden frequency. Shortly after Breanna Stewart and Puma released the Stewie 1, ending a 12-year drought since the last WNBA signature sneaker, Nike has partnered with Elena Delle Donne to debut the Air Deldon.

Delle Donne previously served as the face of the Nike Air Zoom UNVRS, but the Air Deldon is her first signature sneaker. The Washington Mystics small forward and shooting guard has teased the silhouette throughout the season, showing off multiple color schemes including a rainbow Pride design. With influence that stretches beyond the basketball court, Delle Donne wanted her shoe to reflect the inclusivity she lives by.

Available for all — Accordingly, the Air Deldon features a FlyEase upper, allowing athletes of all kinds to slip into the shoe with ease. The sneaker achieves its accessible fit with a tongue that folds down and locks in via adhesives on the collar, so wearers can put the Air Deldon on without bending over. Detachable hangtags depict how to use the Flyease technology and detail its instructions through visuals.

Easy-entry footwear is a particular passion for Delle Donne, as her sister Lizzie was born with autism and cerebral-palsy and has struggled with footwear her entire life. “My sister is the inspiration for all of my choices,” said the Washington Mystics player in an earlier Nike video. “She gives me strength. Everyone thinks I carry her, but she's the one carrying me.”

Up top, the Air Deldon pays tribute to its namesake player. Delle Donne’s signature logo comes embroidered on the ankle tabs and at the toe, while “Deldon” is embossed at the heel. For additional support, the shoe implements an Air Stroble unit that spans across the entire footbed and offers maximum cushioning below the foot.

Coming soon — Initial photos of the Air Deldon show it decked out in mint, lime green, and blue shades — but as Delle Donne has shown herself, plenty of other color schemes will be available. A release date has yet to be announced.

The Washington Mystics player previously said her signature sneaker would arrive in October, so keep an eye out in the coming months for a release on SNKRS. You won’t want to miss out on the Air Deldon — as mentioned, signature WNBA sneakers are few and far between. It wasn’t until this July that Parker debuted her second original shoe, the Adidas Exhibit B sneaker, marking the second time in a dozen years any WNBA player has gotten their own sneaker prior to Donne. Here’s hoping there’s more to come.