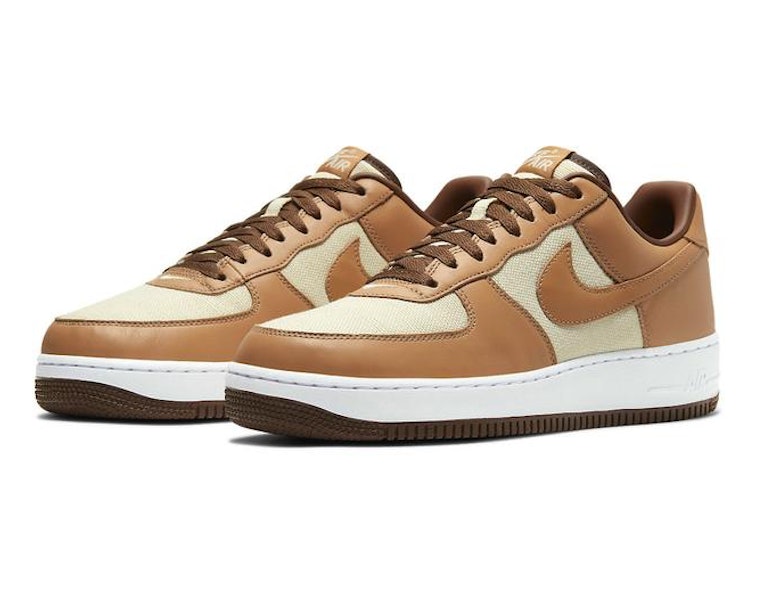 Plenty of brands have joined the vintage hype by re-releasing older designs, and it seems Nike has another retro model in store for us. After two decades, the Swoosh is set to bring back one of its rarest — and classic — sneakers: the “Acorn” Air Force 1 Low. Debuted in 2002, the autumnal-inspired shoe features tan and brown overlays, with added canvas details. And despite its seasonal design, the throwback model is set to drop in just a few days.

We’ve seen a variety of Nike re-releases already this year, with the brand itself reviving the Dunk silhouette and re-dropping its 2006 Clot collab Air Max 1 "Kiss of Death" shoe. The relaunches have given sneakerheads a second chance at scoring retro designs — while also letting Nike pocket profits off shoes it already released. Since the early 2000s, when many re-releases were originally popular, the sneaker world has changed dramatically. Now, sneakerheads must fight increasing demand and subsequent consequences like bots, resellers, and lottery-based draws if they’re looking to cop a shoe — even one popular in 2002, when neither the words “drip” nor “hypebeast” meant anything.

Keeping it OG — To commemorate its original design — and the era it was born into — Nike’s “Acorn” AF1 keeps its exact 2002 makeup. The low-top shoe boasts cream canvas underlays, contrasted by toffee-colored leather overlays. Its earthy tones are complemented by a white midsole and dark brown outsole and laces.

Instead of taking on a more striking appearance like more recent SNKRS drops, the retro sneaker’s Swoosh takes on the same caramel color as the leather overlays. Together, the autumnal hues give the shoe a fall-appropriate look, hence its “Acorn” name. It’s unclear why Nike has decided to drop the seasonal sneaker now, right before the start of summer.

In-demand, soon to be out-of-stock — Even with the mixed messages the brand is sending, the re-release is highly coveted. Seeing as this is the first release of the Air Force 1 Low "Acorn" since its debut in 2002 — and that original pairs are practically non-existent — plenty of sneakerheads will be looking to score the retro design. Already prior to its release, pairs are listed for over $400 on StockX.

You’ll have a chance to secure a pair when they drop through Nike and select retailers on April 29. While the brand has subjected most of its highly anticipated sneakers to lottery-based draws, it seems this silhouette might be available for immediate purchase — so move fast. The early squirrel catches the acorn?