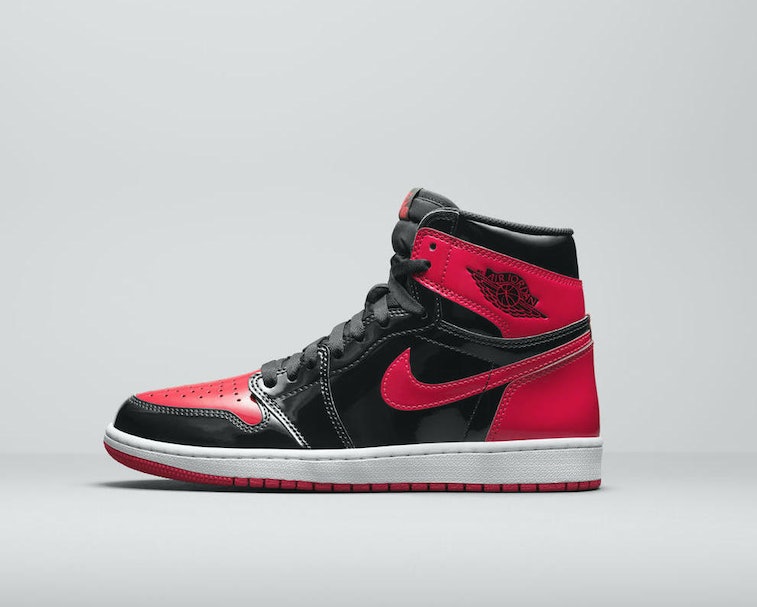 Jordan Brand has announced its holiday sneaker lineup for this year, and while it’s light on classics it will bring a host of lively new color schemes.

Headlining the lot is a patent leather twist on the iconic Air Jordan 1 “Bred.” While the OG colors remain the same, the upper is now rendered in shiny leather similar to the “Shattered Backboard” variant released two years ago. Having not been reissued since 2016, the wait for the “Bred” AJ1 in its original form looks to continue for at least another year.

A total of 13 sneakers will launch this fall and winter, including four women’s exclusives. All four come in supposedly “feminine” colors — which means female sneakerhead’s insistence on simply getting the same sneakers in their size will also have to wait to be answered.

A couple wild ones — The most daring of the lineup is a patchwork Air Jordan 3 that makes use of camouflage and several shades of green and brown. Canvas, suede, ripstop nylon, and what looks to be suede are all used for the upper that’s likely to be polarizing among Jordan purists. Less flashy is another Air Jordan 3 in a “Pine Green” color scheme that comes to the silhouette for the first time.

Continuing the green theme is an Air Jordan V in a sort of faded seafoam. Jordan Brand says the upper’s premium leather will develop a “beautiful patina” over time, while the outsoles, eyelets, and lace toggles have all been oxidized for a pre-worn look.

The women’s lineup consists of a bubblegum-and-blue Air Jordan 1, baby blue Air Jordan 5, hot pink Air Jordan 14 Low, and another Air Jordan 1 with multiple colors and burnished leather. Of the mix, the AJ14 Low justifies the almost obligatory use of pink best by continuing the motocross aesthetic Ambush has put forward in its own Nike collabs this year.

Release dates have yet to be announced, but expect the sneakers to begin rolling out around Thanksgiving and through the Christmas season. Don’t be surprised if an Air Jordan 11 is announced later, as the model is typically released each year on Christmas Day.