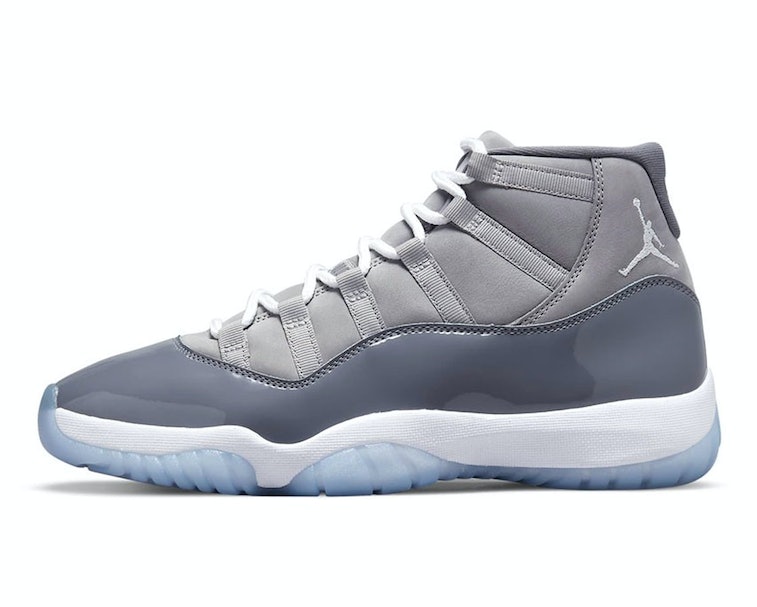 Each year Jordan Brand releases an Air Jordan 11 as part of its holiday lineup, and this year’s is not to be missed with the return of the “Cool Grey.”

Arriving on its 20th anniversary, the Air Jordan 11 “Cool Grey” is being reissued (or retroed) for only the third time ever. The last time the sneaker was released was in 2010, and its return is a serious event for Jordan collectors.

Tonal grey nubuck and patent leather define the Air Jordan 11s upper, while the outsole is rendered in a scene-stealing icy blue. The semi-translucent outsole’s color also serves another purpose, as it's less prone to yellow with age than the uncolored version used in earlier Air Jordan 11s.

How did grey get so cool? — While Jordan aficionados hold the sneakers Michael wore for significant moments in his career in higher esteem, the “Cool Grey” 11s are one of the most popular models not tied to a specific occasion. He did wear them, however, while playing for the Washington Wizards in the last stint of his career, as the sneaker originally released in 2001.

For its return at 10 a.m. on December 11, the Air Jordan 11 “Cool Grey” will be subject to relatively wide availability — but securing a pair is still by no means guaranteed. You’ll want to try purchasing everywhere you can, from Nike’s SNKR app to a variety of retailers including Foot Locker, Finish Line, and the like. Eleven years of waiting will make this release one of the hottest in-house releases from Jordan in recent memory.