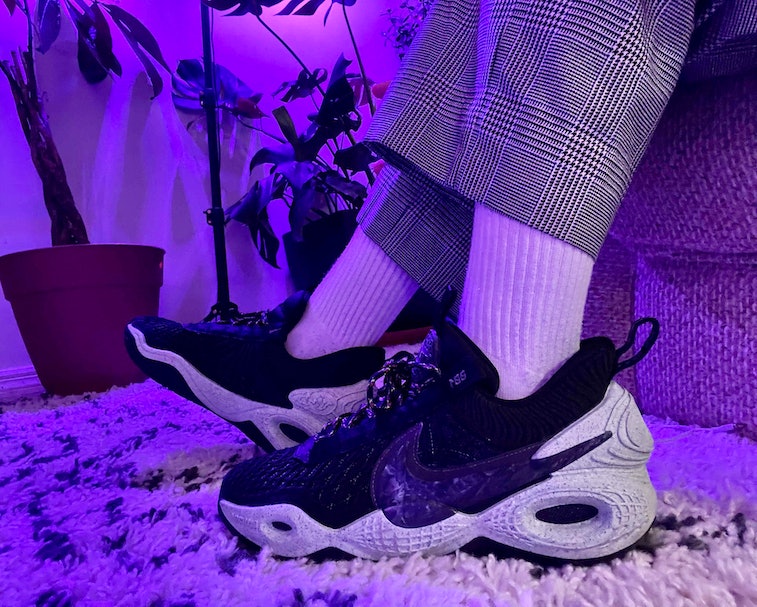 Like many sneakerheads who claimed the title before it became a thing, it was basketball that got me into this silly little world of ours. The drafting of Carmelo Anthony to my hometown Denver Nuggets got me into the sport for the very first time, and it was his first signature shoe, the Air Jordan 1.5, that would be my first of many Jordans.

Ball became life, and I eventually learned about a much wider world of Jordan than what Carmelo wore on court through nascent sneaker blogs and forums. The encyclopedia of Air Jordans and the significance of each model and variant became ingrained in my brain. Knowing, for example, that the Air Jordan 3 was the sneaker that kept Michael from leaving Nike or that the Air Jordan 6 was the shoe in which he won his first championship was the key to the appeal of each shoe. And even though my sneaker craze would eventually expand outside of basketball, nothing was more important than hoops in the end. Among my favorite non-Jordans from middle school through college were, in chronological order, Kevin Garnett’s Adidas KG Bounce, the Converse Wade 1, and the Nike LeBron 8 “South Beach.”

Today, basketball is nowhere near as essential to sneaker culture. Air Jordans may still be the cream of the crop, but fewer of the people acquiring them share the same love of basketball as those that did 10 to 15 years ago. Outside of Michael’s line, few people are wearing basketball shoes anymore — especially for anything other than playing the sport. The space has been in decline for more than five years, as NPD senior advisor Matt Powell routinely reports, accounting for just 3 percent of athletic footwear sold in the U.S. compared to its peak at 14 percent.

I lament basketball’s decreased relevance in the space it ultimately created, but I’m not surprised either. Performance basketball shoes in recent years skew ugly and are increasingly looking the same across the board — which is why I was so stoked to get my hands on Nike’s new Cosmic Unity. Finally, I thought, hoop shoes that look good enough for me to wear in everyday life.

So far, in a week of wearing the Comic Unity around and when I’ve gone to throw up some bricks, the sneaker has held me down at every stop. At first, I was reminded that basketball shoes take some breaking in and found them a tad too snug for comfort. But as I began to crank out more errands on foot, the tight-knit upper became less constricting and allowed me to appreciate the support of the Crater Foam midsole below.

I have a basketball sneaker in my daily rotation again.

The (relative) sustainability of the midsole and other components of the Cosmic Unity are also a major part of its appeal. Crater Foam uses at least 11-percent recycled rubber and foam, while the laces, yarn, and even the marbled Swoosh are partially made up of repurposed materials to bring the shoe’s total recycled volume to 25 percent. That figure isn’t exactly staggering, but it is the highest yet for a performance basketball sneaker from Nike.

What I care about most, though, is how good the shoe looks and how easily I’m able to incorporate it into my wardrobe. The speckling of Crater Foam is gorgeous, and it’s molded into a bulbous form that reminds me of another favorite sneaker of mine — the Adidas Crazy BYW, which is inspired by the ’90s FYW basketball shoe that also influenced the Yeezy 500. Also speckled are the wavy knit upper and laces, and the whole shoe is pulled together by a gorgeous marbled Swoosh and tongue badge. The total package doesn’t not look like a basketball shoe, but its performance elements don’t overwhelm its lifestyle appeal.

It warms my stupid little heart to know that I have a basketball sneaker in my daily rotation again, bringing to mind the time in middle and high school in which I’d pick up Melo’s signature shoe on a yearly basis. I certainly wasn’t getting fits off then — the UNC basketball shorts that now fit me perfectly show how ill-fitting my clothes were — but now I’m getting the best of both worlds with a stylish shoe that doesn’t screw up my whole ensemble.

18 East cargo pants, vintage and well-washed Levi’s 501s, and even my pleated Ralph Lauren trousers — they all work with my Cosmic Unitys. I couldn’t say the same thing about LeBron James’ shoes, or Steph Curry’s, or anyone’s. And maybe it’s because the Cosmic Unity isn’t tied to a specific athlete, and perhaps isn’t at quite the same performance level, that it’s able to cross over so well into the lifestyle space.

Basketball shoes may still be a long way from relevancy, but at least the Cosmic Unity has given us the first small step in the right direction for years.