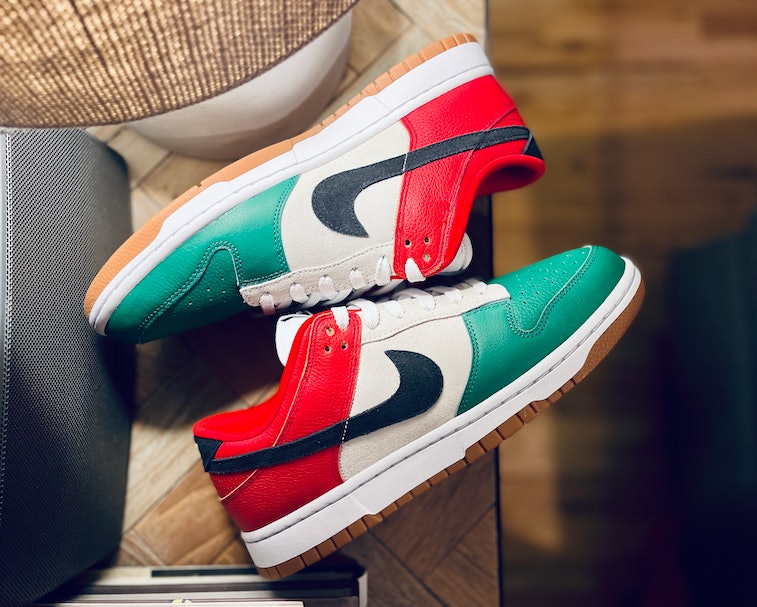 Ever since Nike (quietly) revealed that it would let people customize its Dunk sneaker, which is arguably its hottest silhouette right now, I knew immediately I needed a pair to call my own. Little did I know, though, that trying to buy the damn shoes would become such a nightmare. Because, despite Nike knowing that its "By You" Dunk Lows were going to be heavily sought-after, the company wasn't prepared for launch day, on January 7: Its site went from giving customers errors codes while they tried to tinker with their designs, to fully crashing and not letting them complete their purchases.

But somehow, amid the virtual shopping chaos, I managed to snag a pair for $110. That was thanks in large part to the fact I saved my Dunk design on Nike's site days before the drop, and the fact I never gave up on refreshing the checkout page despite running into an avalanche of error messages. After all that, it felt so good to get the win, especially since Nike has decided to make Dunk sneakers (be it the SB or classics) extremely limited and difficult to get nowadays. It's such a shame that what used to be a shoe that would sit on shelves at Kohl's or Journey's back in the day is now a hype phenomenon but, ultimately, Nike doesn't care about any of our feelings.

Nike is going to sell its highly coveted goods regardless, even if drops like this are a total and utter mess, and even if its SNKRS app continues to be an embarrassment and the brunt of the joke for the entire sneaker community.

Still, now I'm over the moon that my Dunk By You creation is here, at my doorstep. As someone who grew up as a skate / emo kid, Dunks were always one of my go-tos in the early 2000s, namely because they were cheaper than Air Jordans and because I always loved how they looked after being beat up. Their aesthetic hasn't changed since, and while I mostly wear high-top sneakers in this day and age, I just couldn't pass up the opportunity to put my own spin on the iconic Dunk silhouette.

As you can see, I went for a green, white, and red theme, which was my way of paying homage to the Mexican flag — the place where I'm from. To spice it up a bit —how would I do my Mexicans proud if I didn't add spice to something? — I went for a black Nike "Swoosh" logo, simply as a nod to my preference for blacked-out outfits. I also mixed up leather materials (green and red) with suede (white and black), just to give it a touch of subtle elegance.

And last, but most definitely not least, I appreciate that Nike let me pick a gum bottom outsole. It reminds me of all the old school Dunks I used to have, and that design detail alone makes make me love these so much more. I don't have a name for them, by the way, but I think something along the line of the "Taco" Dunks would work, but that's only because I'm into tacos as much as sneakers, nothing really to do with the shoes aside from tacos being a Mexican treasure.

My only regret is that I couldn't get a second pair, so that I would have an extra one in storage for when I eventually wear these the hell out. I know, I know, I should be happy that I got a pair since thousands of other people didn't — and believe me, I am. Here's hoping Nike does another round of By You Dunk Lows so that others have a chance. It's only right, but then again, I wouldn't hold my breath.