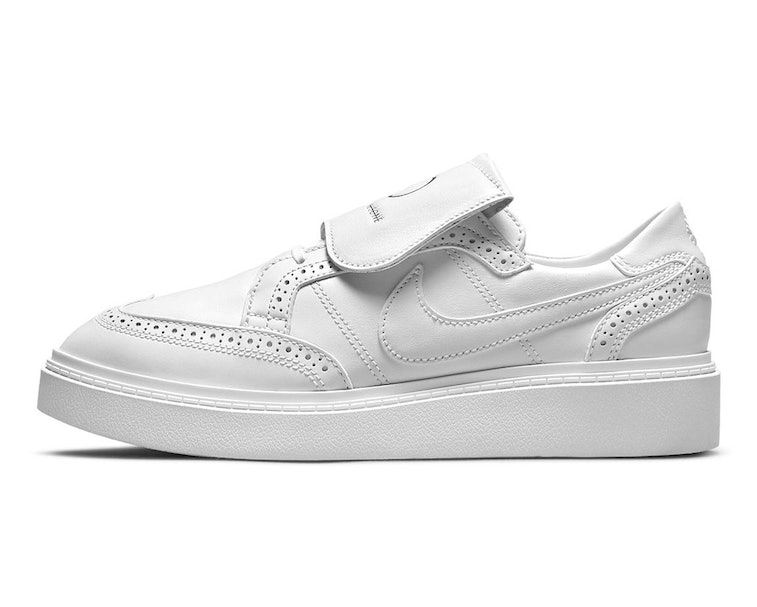 G-Dragon, often referred to as the “King of K-Pop,” and Nike have unveiled one of the most unique collaborative sneakers we’ve ever seen.

The Kwondo 1, a brand-new silhouette created just for the stylish Korean rapper, is essentially a Swoosh-branded dress shoe. Brogues meet an SB Force 58 on the wing-tipped leather sneaker, and not since Tom Sachs and Cole Haan’s super rare collaboration in 2012 have we seen such a smart shoe to come out of Nike. When the occasion calls for dress shoes but you have a hard time wearing anything other than sneakers, the Kwondo 1 is the best of both worlds.

“I want to feel free with the way I wear and style clothes, in addition to everything else that I do,” G-Dragon said in a press release for his collaboration. “I hope that people can overcome stereotypes and feel free in their own way by wearing the Kwondo 1.”

That statement may be a tad overwrought for a shoe, but G-Dragon’s partnership with Nike has created a silhouette unlocking new possibilities for what’s considered appropriate footwear. The Kwondo 1 still might not be fit for a black tie event, but you could certainly get away with wearing it in most other situations that call for a step up from sneakers.

The detailing is immaculate — In addition to the wing tip decoration, the all-white leather Kwondo 1 features tasseled lace shrouds with mismatched logos from Nike and the K-Pop star’s brand PEACEMINUSONE. On the heel, you’ll find sunflower embroidery — a returning motif from G-Dragon’s Air Force released in 2019. The Kwondo 1’s midsole is stacked a tad higher than you’d typically see in a sneaker, and the treadless outsole confirms that this is a shoe not fit for an activity any more laborious than schmoozing.

If you’re on board with Nike and G-Dragon’s sneaker-dress shoe hybrid, which you absolutely should be, be prepared for a December 3 release date through the SNKRS app and select other retailers. At $180, it’s a stellar deal for such a versatile shoe — provided you can beat out the rabid fanbase of K-Pop fans lining up in support of their king.