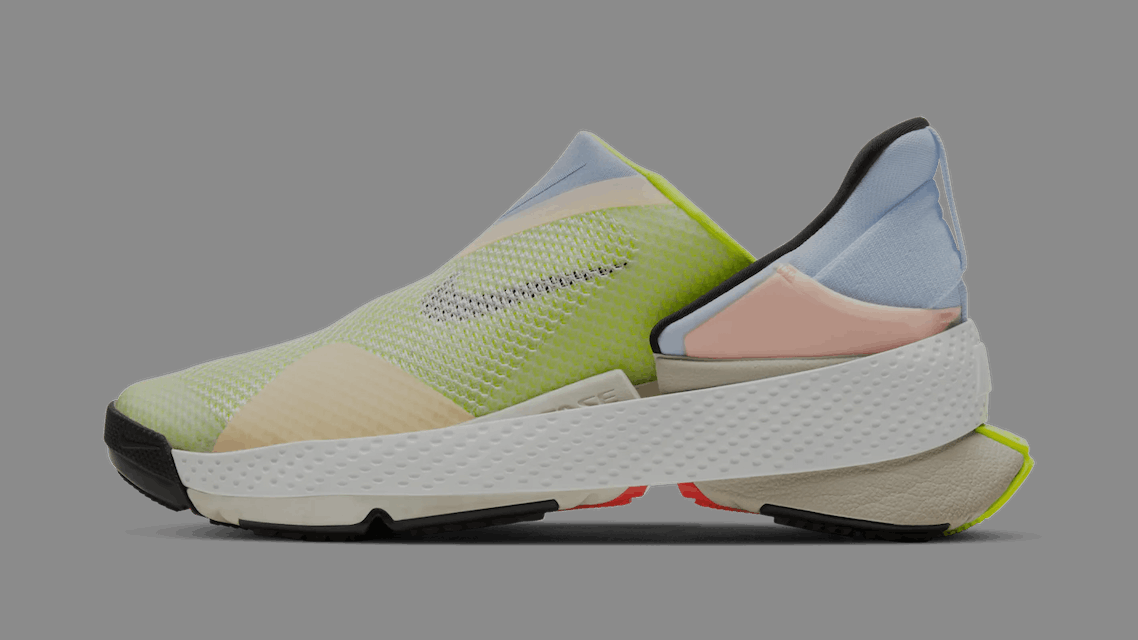 When Nike crafted its Go FlyEase silhouette — the first 100 percent hands-free sneaker ever made — the brand was praised for its accessibility efforts. But like many other Nike models, the hands-free shoe was scheduled as a limited release initially, prompting resellers to snatch up the $120 model and list it online for up to $2,000. Exclusivity and hype are two factors pushing such capitalistic behavior — but the real question is, how can Nike market something as accessible and then limit it?

We’ve seen this scenario play out hundreds of times with Nike silhouettes. Anything marketed as exclusive has become more coveted, and the brand’s supply seemingly can’t keep up with demand. As such, people who do end up landing the sneaker — or people who have sought it out with the sole purpose of reselling it — list it online at a hefty markup, capitalizing on the high demand.

“Nike doesn’t care” — When it comes to the Go FlyEase silhouette, however, TikTok user Louie points out that the sneaker has a designated function meant to assist people with disabilities. Through a tensioner, essentially a giant rubber band above the midsole, the shoe is able to snap on the wearer’s feet without them having to bend over, tie laces, or otherwise adjust the sneaker.

Louie, who has arthrogryposis himself, also said resellers aren’t the only ones to blame for the situation, as Nike shares much of the responsibility for how many pairs of the shoes it makes and sells. “Nike could do more and could do better if they actually want the shoe to be accessible for people with disabilities,” he said in a follow-up video. “But they’re making money either way, so why would they care?”

He added that the shoe’s lack of accessibility was “very much performative activism,” citing that if Nike actually wanted to help, they would manufacture pairs of the shoe for hospitals or places that work with people with disabilities. “But sadly, I just don’t see that happening,” Louie said.

Disabilities aren’t a marketing tool— In the past, Nike has tried to combat resellers by selling certain silhouettes through lottery-based draws, or by giving a certain group of people first access. The brand’s recent Aleali May sneaker, for example, gave women priority to the women’s exclusive design. But here, Nike has exploited inspirational stories of people with disabilities to sell to the masses, without giving those with disabilities first access.

What Nike has to say — “The response to Nike Go FlyEase was incredibly positive,” a Nike spokesperson told Input. “Due to overwhelming demand, we are unable to serve all of our members at this time. More units and additional colorways of the shoe will be available this year.”

Nike says that while it launched the shoe “with an opportunity for more adaptive athletes and people of all abilities to purchase,” including offering it to “members who’ve had the most interest in our FlyEase products,” its plan is to indeed make pairs more widely available in 2021. The representative also told Input that the latest Nike FlyEase collection is currently available on its website — let’s just hope the Go starts showing up there regularly soon.