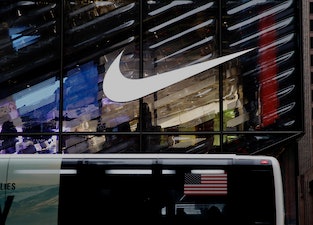 The amount the company has made in profits over that timespan.

While much fuss has been made over the years about how Amazon has paid $0 in federal taxes, a new study has shown that more companies are able to escape liability than you’d think. Nike is among 55 profitable corporations that didn’t pay a cent in federal corporate income taxes last year, according to a study published by the Institute on Taxation and Economic Policy (ITEP). In fact, Nike hasn’t had to pay taxes in three years running — despite pulling in $4.1 billion in profit over that timespan.

It’s important to note that the companies who have avoided paying federal taxes aren’t doing anything illegal. It’s the United States’ tax codes that are at fault here with its deductions and exemptions that allow extremely profitable corporations to go untaxed. Under the tax 2017 tax bill passed by a Republican Congress during Donald Trump’s presidency, the corporate tax rate fell from 35 percent to 21 percent. A new provision also allowed businesses to immediately write off the costs of new equipment and machinery — a figure that could easily climb high for a company at the scale of Nike.

Input has reached out to Nike for comment and will update if a response is received.

Democrats sound off — While private companies aren’t required to publicize their tax returns, publicly traded ones are required to disclose their tax expenses, or lack thereof, as part of financial reports. These reports were used by ITEP for its study, which found that Nike is the sixth most profitable U.S. corporation without federal tax liability in 2020. Advanced Micro Technologies was the most profitable company with a net gain of more than $1 trillion — and FedEx, Dish Networks, American Electric Power, Kinder Morgan, and Xcel Energy were the only other companies ahead of Nike on the list.

Bernie Sanders was one of the Democratic legislators who seized the moment to highlight the astonishing disparity between corporate profits and tax liability. In a viral tweet, the Vermont senator said: “If you paid $120 for a pair of Nike Air Force 1 shoes, you paid more to Nike than it paid in federal income taxes over the past 3 years, while it made $4.1 billion profits and Nike’s founder, Phil Knight, became over $23 billion richer. Yes. We must #TaxTheRich.”

Just wait until he finds out how much a pair of Nike ISPA Road Warriors cost.