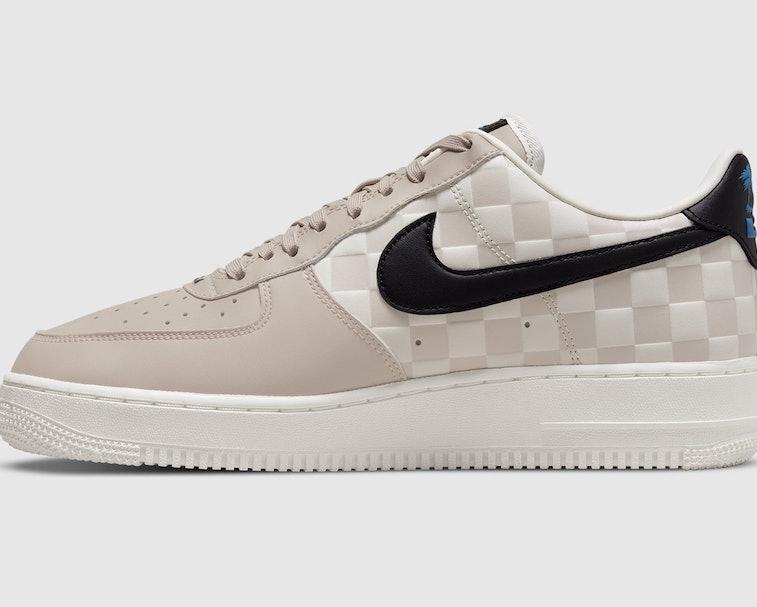 The LeBron James brand is bigger than just his signature shoes, as Nike consistently decks out some of its most classic sneakers for its marquee hooper. Joining the lot next week will be a pair of Air Force 1s fit for a king — and you won’t need to sport Los Angeles Lakers colors to support the modern day GOAT.

The “King’s Day” Air Force 1 Low is a sleek everyday sneaker featuring a sleek elevation from your standard pair in all-white. A tonal grey checkerboard print makes up the upper atop a white sole, while a black Swoosh trails back to a mustache retooled in James’ honor. LeBron’s own logo sits raised upon the heel along with a lion, palm trees, and crescent moon — setting a scene that can be tied back to his Miami Heat days or his current run in LA.

Completing the look tailored toward James is the text “Strive for Greatness,” which is printed in cursive on the Air Force 1s midsole. Given how far basketball sneakers have fallen from popularity for wear outside of actual hooping, Nike is smart to outfit it’s more lifestyle-oriented sneakers towards its biggest active star in the NBA. You may not want to wear the LeBron 18 on the streets, but James’ dedicated Air Force 1 is a much more appealing way to show your fandom through your kicks.

A boutique exclusive — Just days away from its December 6 release date, the “King’s Day” Air Force has yet to show up on the SNKRS app where we usually see Nike’s most anticipated drops. Instead, it appears as if the sneaker will be exclusive to boutiques based in the U.S. — giving you multiple avenues to pursue James’ latest kicks.

Social Status is holding a raffle in which you can enter until 10 a.m. ET December 6, while both Bodega and A Ma Maniére will release the Air Force on a first come, first serve basis at the same time Monday. More boutiques will likely get stock, so you’ll want to keep your eyes peeled on their Instagram accounts for release announcements on this slick pair of LeBron-themed sneakers.