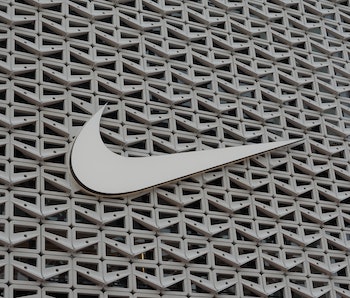 Despite production and supply chain disruptions, Nike produced better-than-expected profits for the holiday season, causing its shares to increase in value. The company reported $1.34 billion earnings during its second-quarter, a 6.4 percent year-over-year earning. Black Friday sales, as well as holiday shopping, seem to have helped boost Nike revenue.

Prior to announcing any of the company’s financial results, however, Nike CEO John Donahoe took a moment to memorialize Virgil Abloh, who frequently collaborated with Nike and Jordan Brand. The renowned designer, 41, passed away in late November after a two year battle with cancer.

A non-financial loss — “Since 2016, Virgil has been a beloved member of the Nike Jordan and Converse family,” Donahoe said in a call with investors. “He was a brilliant creative force who shared a passion for challenging the status quo and pushing forward a new vision while inspiring multiple generations along the way. But what stood out to me personally about Virgil was his humility and his humanity. We offer our condolences to the many who shared a connection with Virgil. He will be missed greatly.”

As one of Nike’s biggest collaborators, Abloh’s passing is a huge loss to both the company and consumers. Whether the brand can ever find a partner as visionary as the designer is another business challenge it faces moving forward.

A new business plan — Like many other companies, the sportswear brand has struggled with stock issues throughout the pandemic. With nearly every aspect of the global supply chain — from manufacturing to transportation to logistics — disrupted, Nike has dealt with shipping delays, constrained production capacity, and price surges. As recently as last July, the brand faced a shortage of sneakers while two of its suppliers in Vietnam ceased operations because of COVID.

Matthew Friend, Nike’s finance chief, confirmed in a statement that the brand has “exited about 50 percent” of its retail partners since announcing its departure strategy in 2017. The retail retreat, which has been reflected by brands like Adidas, Under Armour, and Crocs, allows Nike to maintain more control over its image, distribution, and pricing. Selling through its own retailers maximizes the brand’s profits, more than doubling the revenue it would get from selling through wholesale partners, CNN reports. As COVID’s Omicron variant spreads throughout the country and forebodes more retail shutdowns, exclusivity and profit retention are essential.

Omicron decides the outcome — Nike’s strong results this quarter prove that its plan is working, for now. But as MarketWatch reports, analysts have voiced concerns about the brand’s growth (or lack of) in China, where sales fell 24 percent in comparison to last year. In Greater China, Nike made $2.3 billion a year ago as opposed to $1.84 billion this year — analysts had expected $2.04 billion, according to FactSet.

The brand attributed its low sales in China and other parts of Asia to “lower levels of available inventory resulting from COVID-19-related factory closures.” Approximately 50 percent of Nike’s footwear comes from Vietnam, with the country accounting for 49 percent of Nike’s imports into the United States in the second quarter of 2021, according to S&P Global.

“We continue to expect fiscal 2022 to be a year of recovery,” Friend said in a conference call on December 20. Nike will see growth beginning in the third quarter, he added — assuming that Omicron doesn’t impact the brand’s supply chain too much. To that, COVID says “hold my beer.”