Nike just made the most money it ever has in a quarter, pandemic be damned 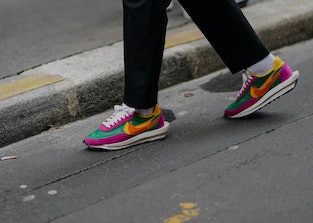 The pandemic slump is a thing of the past for Nike, which just posted its highest-selling quarter in the history of the company. Nike brought in $12.34 billion for the quarter ending in May, nearly double the $6.31 billion from the same time last year, when the financial effects of COVID-19 were just beginning to be felt.

Shopping has returned as life begins to resemble normalcy again, and Nike’s revenue in North America increased 141 percent compared to the previous quarter. Sales were also boosted by the delivery of wholesale shipments that had been previously delayed, and the company’s increased focus on direct sales have paid off with an increase of 73 percent.

“Nike’s brand momentum is a testament to our authentic consumer connections, digital strength, and continued operational execution,” Matt Fiend, Nike executive vice president and CFO, said in a release. “As we advance our consumer-led digital transformation, we are building a new financial model that will continue to fuel long-term sustainable, profitable growth for Nike.”

Getting our kicks again — Nike reported a net loss of $790 million during the same period last year, as the company was forced to close stores and still continued to pay its employees. Now, net income has hit $1.5 billion as Nike rebounds stronger than ever.

Sportswear and the Jordan Brand have been the biggest areas of growth for Nike, and Converse has also seen an 85 percent increase in sales compared to a year prior. Digital sales also saw an increase of 41 percent compared to the same time last year and a 141 percent boost from the previous quarter.

In response to Nike’s record-setting revenue, shares in the company jumped 14 percent Friday morning to also reach a record high.