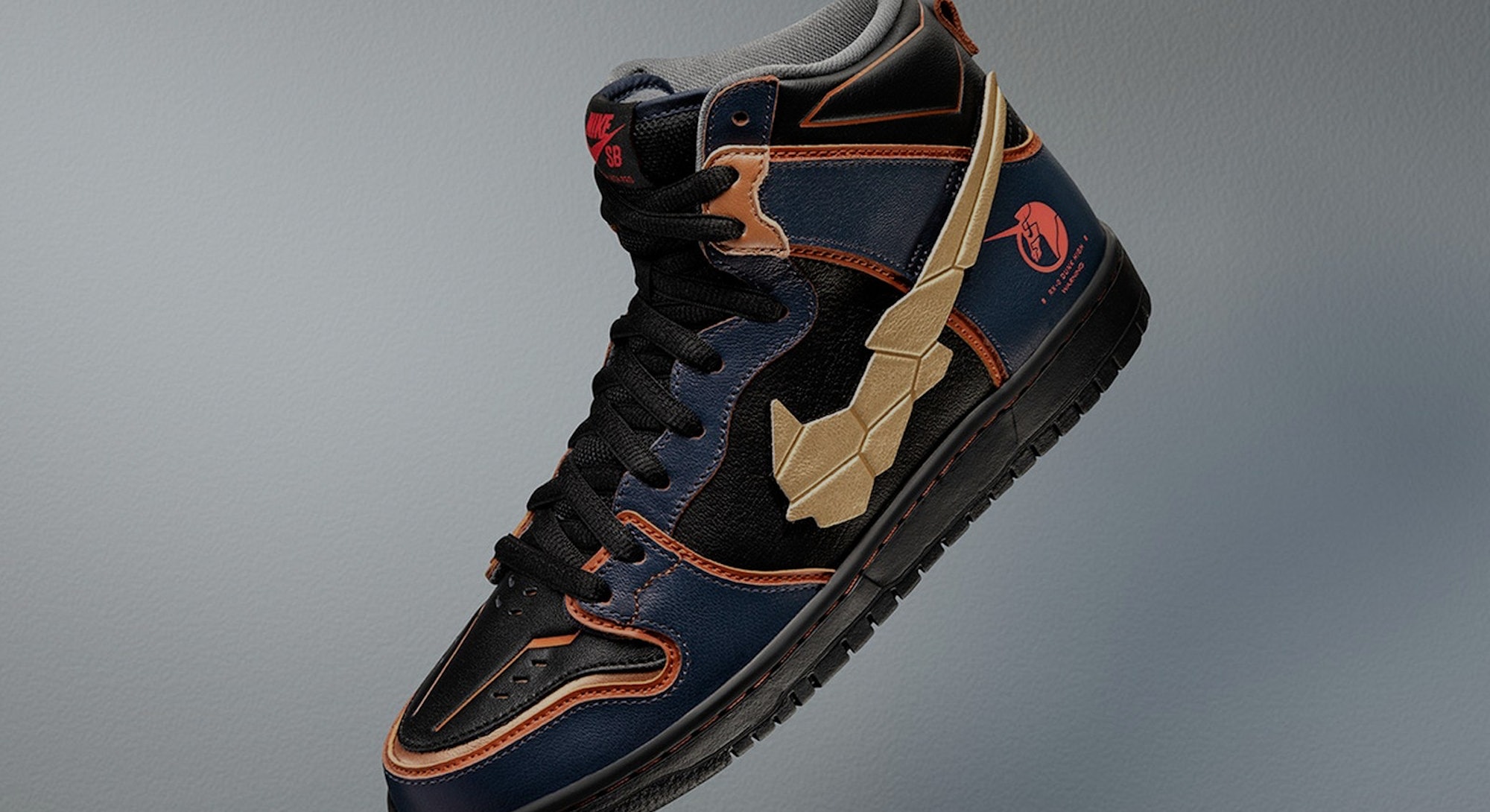 Olympic footwear is about to look a whole lot different now that Nike SB is involved. The Summer Games in Tokyo will bring the debut of skateboarding as an official sport, which also brings Nike’s skate division to the stage for the very first time.

No sneaker is more associated with Nike SB than the Dunk, and it’s on that high- and low-top silhouette where the ground was set for today’s landscape of prolific and offbeat collaborations. Before anyone else was doing it, it was Nike SB that allowed creatives outside the company to tinker with its sneakers for limited-edition releases in the early 2000s.

For this momentous first Olympics, it was only natural for the Dunk to be involved. And rather than releasing its sneakers in the colors of the game’s ring logo or of Team USA, as has become standard in the wider sneaker landscape, Nike SB has stuck with its tried and true method of freaking it. Like skaters themselves, Nike’s skateboarding line isn’t going to go full primp and polish just because it’s been invited to the Olympics.

Four collaborators — Parra, Quartersnacks, FTC, and Bandai — have been invited to design Dunks for the occasion. Parra’s kicks have been done up to match the colorful print uniforms also designed by the brand for teams USA, Japan, France, and Brazil. The other three collaborators, however, have focused less on the games themselves and more on either skateboarding as a whole or the host city of Tokyo, which has long been a crucial creative source in both sneakers and streetwear.

“There’s a sense of creativity that’s embedded in skate culture, so there’s almost no telling how that’s going to come to life.”

Nike SB has always been an eccentric brand, with an ethos that revolves around being as free-form as skating itself — and that comes through in the design elements presented in its Olympic collection. “There’s a sense of creativity that’s embedded in skate culture, so there’s almost no telling how that’s going to come to life,” August Benzien, senior creative director for men’s lifestyle at Nike, told Input. “I think the team did an amazing job of pulling some really subtle details. If you know anything about those spaces, you’re going to think they really came to light.”

The wildest Dunk of the lot has to be Gundam high-top with interchangeable Swooshes. Two color schemes for the richly textured shoe will release, the most celebrated of which is one done for the Unicorn Gundam. A cut-out toe and raised paneling create the sense that you’re wearing a machine and the Unicorn Gundam logo is stamped onto both versions of the sneaker.

FTC, a skate shop founded in San Francisco and now with three locations in Japan, turned to Japanese public bathhouses as its design reference. The Dunk Low’s white leather has been given a raised treatment similar to tiles, while suede and a translucent outsole both in blue embody the squeaky clean nature of the communal baths.

The fourth and final collaborative Dunk comes from Quartersnacks, a New York City skate shop named for cheap bodega treats. Its black-and-white sneaker features zebra stripes as a nod to the cakes with matching icing.

Of course, there’s still a competition to be had. And in a bid for performance, Nike SB has unveiled the most technologically advanced sneaker ever made, the Sandy ZoomX Bruin. The nearly 50-year-old sneaker was one of Nike’s original basketball shoes and has since been adopted as a streetwear staple. With a carbon-fiber plate and ZoomX cushioning added, the Bruin now features some of the same technology as Nike’s record-breaking Next% marathon line.

“The athletes could perceive there was something new and interesting going on, but it wasn’t until they put on their old shoes that they really understood what the [Sandy ZoomX Bruin] was providing them.”

This high-tech skate shoe has been named after Sandy Bodecker, the late Nike designer who led SB from the outset and also worked on Breaking2, the original project that sought to break the sub-two-hour marathon mark for the first time. The original attempt in 2016 fell just short of the mark, but Eliud Kipchoge would go on to eclipse the mark two years later while wearing the Air Zoom Alphafly Next%. (His recorded time of 1:59:40.2 is not recognized as an official record, however.)

The benefits of technology from the Next% series in running is clear, with record times and figures like an energy return of 85 percent from shoe to runner. For skateboarding, the effect isn’t as quantifiable — and many, if not most, skaters aren’t all that concerned about wearing the most innovative shoe. “Whatever works, works” is the standard mentality for skate shoes. Countless skaters still wear Vans or Converse Chuck Taylors that have remained largely unchanged for decades, despite whatever advancements the wider industry has seen.

“To be honest with you, it was a hard one for us to understand,” Benzien says. “The athletes could perceive there was something new and interesting going on, but it wasn’t until they put on their old shoes that they really understood what the [Sandy ZoomX Bruin] was providing them.”

Similar to how the top-end Next% are designed specifically for race days instead of training, Benzien says the expectation is for the Sandy ZoomX Bruin to hold up for approximately five hours of use. Initial prototypes weren’t even able to last five minutes, and the design team also had to work with skateboarding’s first Flyknit upper to make sure it wouldn’t stretch out too much. Durability still isn’t the primary focus, as this is first and foremost a competition shoe — a new mindset for Nike Sb with the arrival of the Olympics.

Nike’s Olympic skateboarding team, which includes 45 percent of the female skaters, will have free rein when it comes to their footwear choice during their events. The brand hasn’t issued any restrictions for what they wear, which means there’s a good chance we’ll have the joy of seeing the Gundam Dunk in an Olympic event. In addition to the quartet of collaborative Dunks and the innovative Sandy ZoomX Bruin, Nike SB has also launched a “Rawdacious” pack of sneakers with color schemes based either on a pollen-like color or white.

Because of its adventurousness, SB has always been a division unlike any other within Nike. Now that skateboarding is in the Olympics, nothing has changed on Nike SB’s side — but Olympic footwear will never be the same again.