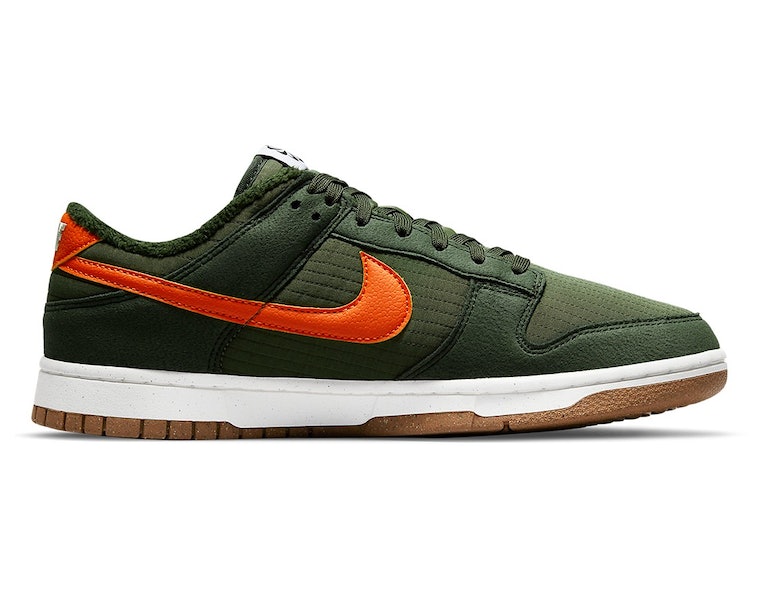 Nike is beginning to roll out a new approach to winterized sneakers with its new “Toasty” pack. Both the Waffle One and Dunk Low have been retooled with a quilted upper and fleece sockliner to keep your feet warm as the temperatures drop.

Four sneakers in total have been revealed as part of the thermal lineup, each of which utilizes Nike Grind rubber in the outsole for an element of sustainability. Besides the material makeup, logo tabs hanging off the upper and multiple iterations of Nike’s “Move to Zero” logo serve as a through-line for the two models. On the insole, the mark is split and half with the word “Toasty” written underneath to let you know just what’s in store each time you step in.

Nike is doubling down on the military look pulled from service-issue liners by offering the Waffle One and Dunk Low in olive- and khaki-based color schemes. The former sneaker has already seen its first release in “Rattan/Brown Kelp” for a palatable $110, and we can expect others from the “Toasty” pack to release in the coming months.

It’s all in the deets — While the quilted pattern on the Waffle One and Dunk Low’s uppers feature horizontal stitching, both see their Swooshes done up in a diamond pattern. For the Waffle One, the red and blue tabs hang off the eyestay and feature new “Snug” and cloud logos respectively, while the “Move to Zero” mark appears off-center on the tongue.

Three variants for the Waffle One have already been revealed, with an olive green version keeping the military theme and another opting for a more civilian look with purple and grey. Meanwhile, the lone Dunk shown so far features Nike’s signature orange appearing on the sneaker’s accents in contrast with the green base. Two Nike logos on its tabs are distinct from the Waffle One’s, and the “Move to Zero” mark moves back to center on the tongue patch.

If you’re looking for protection from the elements, Nike will have that covered too with its annual assortment of Gore-Tex-equipped sneakers to keep your feet dry. But on those days when you’re just concerned about staying warm, the “Toasty” pack may just be the most attractive option of the season.