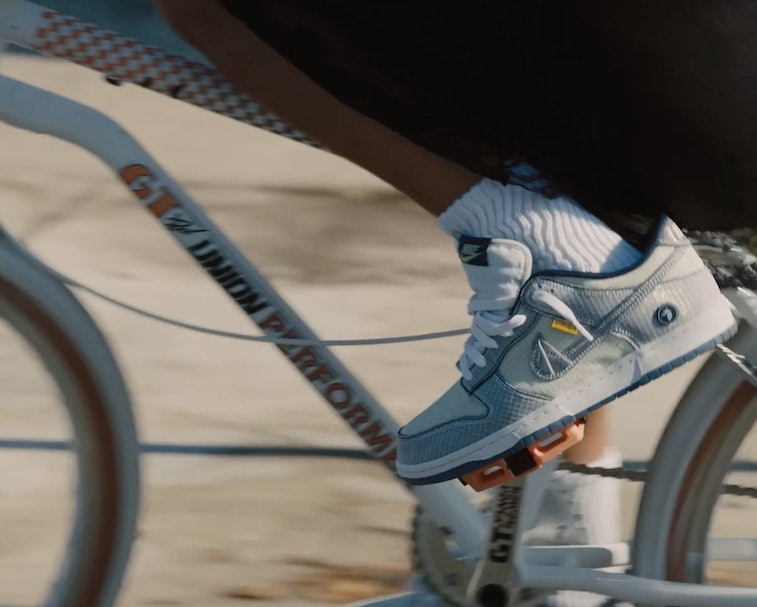 Seminal streetwear boutique and label Union is throwing it back to the early days of sneaker collecting, with what is somehow its very first take on Nike’s Dunk Low silhouette.

Back in the ‘90s and early ‘00s, Japan was home to a number of Dunks exclusive to the country. Union, as well as other enterprising shops and collectors, would travel all the way there to bring the rare sneakers back home long before the resale game was a global market worth billions. This era serves as inspiration for the “Passport Pack” of Dunk Lows, the release of which will begin next week with a “Pistachio” color scheme.

Union has confirmed the Dunk Low Pistachio will release February 11 as a shop exclusive. Two more color variants, for now known only as “Blue” and “Purple,” will then follow sometime in March to complete a trio of sneakers likely to be among the most sought-after of the year.

Show me your passport — While the primary colors are swapped among the three sneakers, each Dunk features a ripstop upper with unfinished stitching providing a gratifying and slightly futuristic texture. The gridded lines and semi-transparent appearance are a clear riff on passports, and the three cities where Union has called home — New York City Los Angeles, and Tokyo — serve as further inspiration.

Union’s Frontman logo, which was pulled from a Sidney Poitier movie still, also appears on a small patch affixed to the Dunk’s upper, and more branding comes from a yellow “UN/LA” hanging off the stitching just above the Swoosh. Both the “Pistachio” and “Blue” versions feature an icy blue outsole of slightly varying hues, while the “Purple” version opts for one that matches the namesake color and is harder to see through.

Because the “Pistachio” Dunk Low is slated as a Union-exclusive, at least one of the remaining two sneakers should come with a wider release in March on Nike’s SNKRS app. There’s a good chance Union holds a raffle ahead of next week’s drop, but you’ll have to stay tuned to find out exactly how to land a pair.