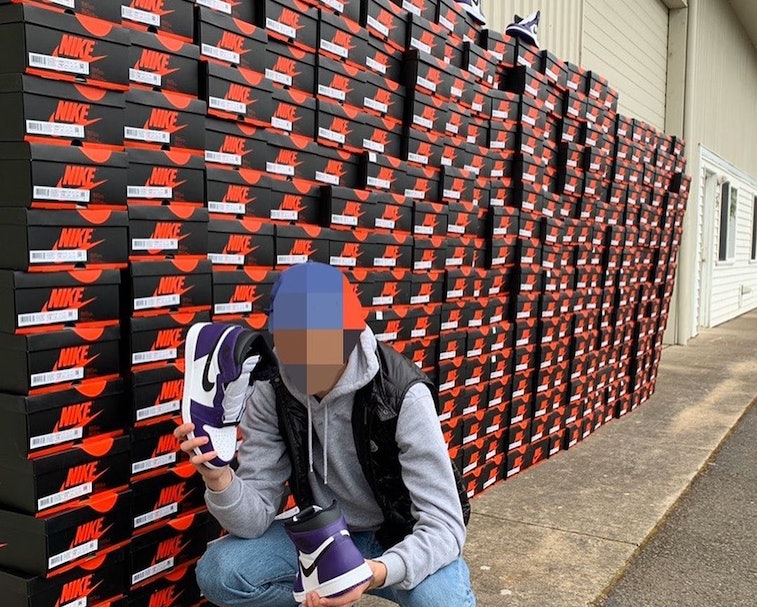 Nike has announced its replacement for Ann Hebert, the vice president and general manager of Nike North America who resigned after ties to her sneaker reseller son became public.

Sarah Mensah will take over her role and move over from her position as head of the Asia Pacific and Latin America, Nike said in a release. Prior to joining Nike in 2013, she was a senior vice president and chief operating officer for the NBA’s Portland Trailblazers.

Ann Hebert resigned last week from her position after a Bloomberg Businessweek story revealed her son, Joe, was bringing in up to $600,000 a month from reselling sneakers. She had previously disclosed her connection to Joe in 2018, and Nike then said there was no conflict of interest. Former Nike employees, however, say there was a clear double standard that Hebert was benefitting from.

Nike CEO John Donahoe addressed the scandal during an internal all-hands meeting, according to Complex. “There’s no value more core to who we are than the trust our consumers put into us and our brand and our products,” Donahoe said. “And the fact of the matter is, this incident has sparked questions in some of our consumers about whether they can trust us, particularly around launch product.”

Donahoe went on to say that the company would double down on its efforts to combat bot technology that emboldens resellers. Heidi O’Neill, Nike’s president of consumer and marketplace, also said an internal review done months ago found no wrongdoing on Hebert’s part. Nike had previously declined to answer our questions about Hebert, including if it’s reconsidered the conflict of interest, and said only that she had chosen to resign.

The optics weren’t good — Joe Hebert initially revealed who his mother was by mistake before admitting to his familial connection with an executive from the world’s top sneaker brand. He asked the reporter not to report on his ties before cutting off the connection. Still, Hebert insisted that he in no way benefited from his mother’s high-level position and that they operated separately.

It’s hard to take Joe at his word when the credit card used to fulfill massive sneaker orders was in Ann’s name. Joe also spoke in a YouTube video about scooping up large quantities of less-heralded shoes at a discount to then resell. Such sneakers would be widely available at Nike’s Employee Store, and Joe’s posted a photo to his Instagram carrying bags from that very store.

To make matters worse, Joe bragged in that same video that, “If you know the right people here [in Portland], this is the city to sell shoes,” adding that they “can give you access to stuff that, like, a normal person would not have access to.”

Former employees said they would have been fired for less — Several former Nike employees spoke to Input, and one gave over the company’s code of ethics in place in 2018, when Joe began doing business. One of the instructions in it is to “avoid any actions that are at odds, or could appear to be at odds with the interests of Nike.”

Nike is also clear about its position on its employees reselling sneakers. Its terms of service for its employees-only online store, it says, “Items purchased on Swoosh may NOT be resold, either directly or indirectly, in any manner by any Swoosh user.” This includes, "Re-selling NIKE merchandise through Internet auction sites, flea markets, garage sales, or any other type of personal business transaction.”

One former Nike employee told Input that other employees throughout U.S. offices had been fired for reselling products. They said, “It was understood, for sure, that you or your family can't profit off the company.”