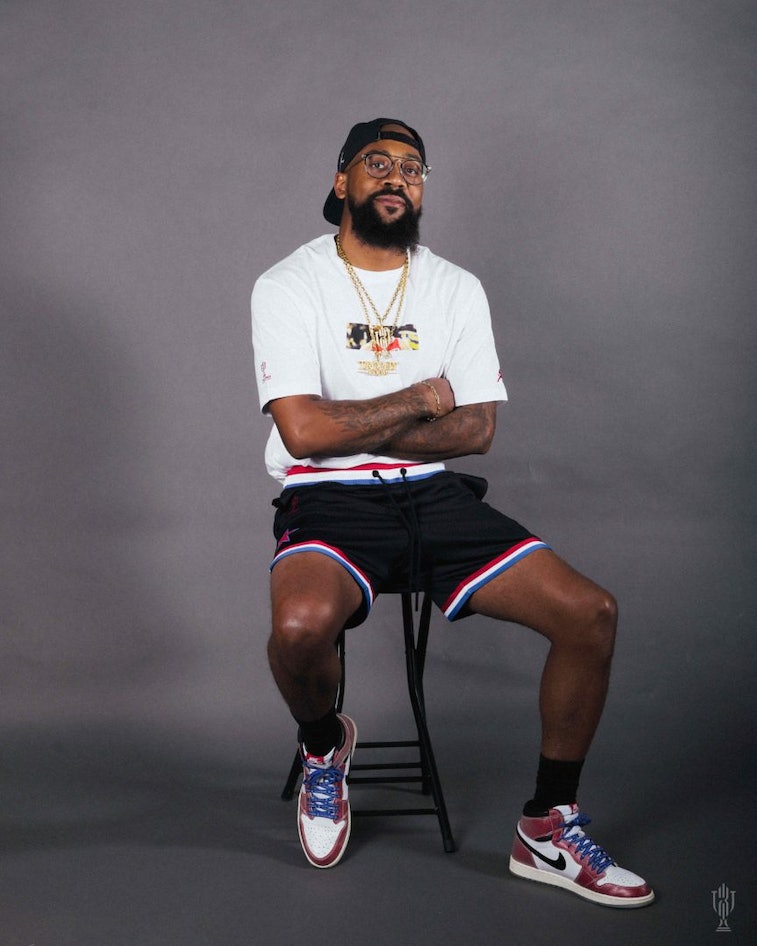 Nike has been under increased scrutiny because of its sneakers ending up on the resale market, and the company has issued a stern warning to retailers to help prevent the practice. Stockists have been warned that they’ll lose access to limited-edition sneakers if they don’t prevent employees from giving them to resellers.

More specifically, Nike is concerned about multiple pairs of the same sneakers ending up in the hands of resellers, The Times reports. Sneakerheads were incensed earlier this year over the release of Trophy Room’s Air Jordan 1 “Freeze Out,” the stock of which appeared to overwhelmingly end up in the hands of resellers instead of individuals who wanted just one pair. Marcus Jordan, Michael Jordan’s son, is the owner of the boutique — and one would hope nepotism doesn’t lead to impunity from Nike’s warning.

Industry sources also told The Times that Nike is considering ramping up supply on its limited-edition sneaker releases in order to loosen reseller’s stronghold on the market. But until we see sneakers become more easily obtainable, we’ll be skeptical about any such prospects.

Nike’s been marred with controversy this year — In addition to the Marcus Jordan scandal, a clearer picture of resellers operating too close for comfort within the Nike system was exposed in March. Joe Hebert, a reseller who does business as West Coast Streetwear, revealed to Bloomberg Businessweek that he was the son of then-Nike Vice President Ann Hebert. Despite Nike insisting that there were no conflicts of interest between Joe’s business and his mother’s position, she resigned from her position shortly after Bloomberg’s article was published.

Multiple sources within Nike shared their complaints with Input about what they saw as a double standard within the company. While the affairs of younger Hebert were well-known within the company for years, other employees had been fired for lesser ties to the reselling market. After Hebert resigned, Nike reiterated its position that she had done nothing wrong.

“There's nothing to make me believe that if it were below the VP level, or if she was a person of color, that she would have gotten the same latitude,” one source told Input.

It remains to be seen how effective Nike’s warning to retailers will be in reducing the ability of resellers to prosper, and more work will need to be done in order to secure the trust of customers. At the very least, the news is a step in the right direction. Nike did not respond to Input’s request for confirmation of The Times’ report, but we’ll update this story if we hear back from the company.