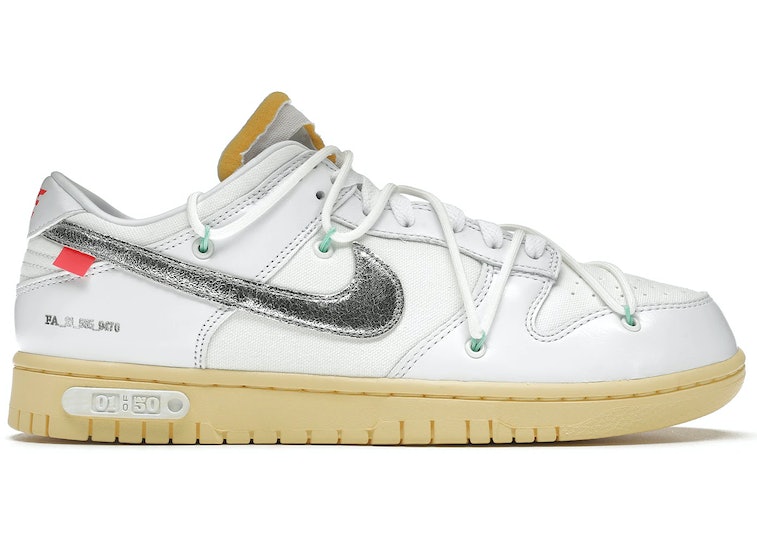 Nike president and CEO John Donahoe revealed some insight on the brand’s SNKRS app during an earnings call with investors on Thursday. Recapping the release of Nike’s Off-White Dunk Low — which was made available through SNKRS’ “exclusive access” and allegedly faced delivery issues and theft — Donahoe mentioned that invites to purchase the shoe “ended up in the hands of hundreds of thousands of our most deserving members.”

Prior to the launch of the Off-White Dunk Low, SNKRS users were asked to engage within the app as much as possible. Watching videos, participating in polls, and attempting to purchase sneakers on the app (regardless of your success) was said to increase the odds of being able to buy exclusive shoes.

“This approach sends personalized purchase offers to members based on their engagement with SNKRS, past purchase attempts, and other criteria, using data science to drive digital member targeting,” Donahoe said during the earning call, according to Complex. “For example, 90 percent of the invites for the Off-White Dunk went to members who had lost out on a prior Off-White collaboration over the past two years.”

A rare BTS — Donahoe’s comments are a rarity — Nike is rarely transparent about the mechanics behind SNKRS, especially when it comes to exclusive models like its collaboration with Off-White. The brand did not comment on the sneaker’s widespread delivery problems, and SNKRS is a notorious rival to sneakerheads who try over and over again to buy sneakers on the platform.

Yet the app’s exclusive access feature — which, according to Donahoe, is rewarding more engaged users — offers a way for everyone to get Nike sneakers, even if it takes a few attempts. While users can’t score every drop, there’s hope (and perhaps more value) in knowing an exclusive sneaker will be yours eventually.

Satisfying the insatiable — “The Off-White Dunk ended up in the hands of hundreds of thousands of our most deserving members, creating what we call ‘exclusivity at scale.’ And this improved consumer experience has a positive impact on the entire business,” said Donahoe. “We’ve seen that those who benefit from exclusive access on SNKRS spend more, fueled by the energy of their win.”

Of course, not every sneakerhead has the means to constantly engage in sneaker raffles — but hopefully, Nike values people’s participation in SNKRS’ polls and blog posts as much as it does purchases. In the company’s eyes, exclusive access is a win-win, bringing in more money for the brand and providing people with more access to limited sneakers: Has Nike finally found a way to satisfy its consumers?