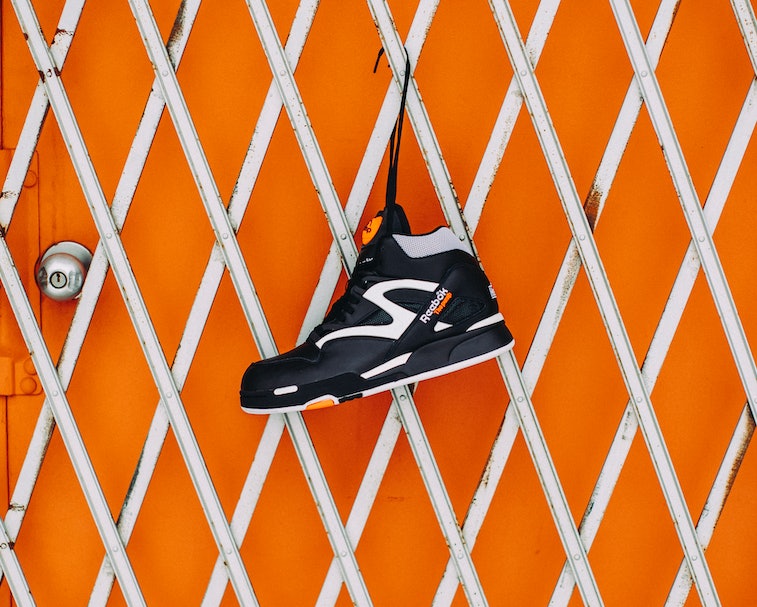 With old sneaker silhouettes more in demand than new ones, it shouldn’t come as a surprise that brands are unearthing some retro gems for re-release. The latest to join the nostalgic trend is Reebok, which announced it was bringing back the Reebok "Pump Omni Zone II," made famous by the rookie sensation Dee Brown at the 1991 NBA Dunk Contest. The original black-based design is slated to drop in coming weeks.

At the time of this sneaker’s original release, Reebok was at its peak. Since the 2000s, however, the brand has slowly declined, failing to compete with growing brands like Nike and Converse. The pandemic has only worsened sales for the brand, and after months of reports and speculation, Adidas has confirmed its plans to divest from Reebok.

While many are seeing this as the first foot in the grave for Reebok, it very well could be its new beginning. With retro styles trending, the brand could survive on re-releasing past models, and could rely on collaborators to bring fresh silhouettes. Reebok surprisingly announced it would partner with Margiela to create a Kim Kardashian-approved split-toe shoe, and dropped a collaborative sneaker with Bape just last December. Maybe this is Reebok’s renaissance.

Pump it up — The Reebok Pump Omni Zone II is iconic for a plethora of reasons, but most of all for its debut. When Celtics rookie Dee Brown participated in the 1991 NBA Dunk Contest — and then, shockingly, won — all eyes were on him, and his new sneakers. Prior to his first dunk, Brown fascinated the audience by bending over and pumping up his shoes, and the unprecedented “Pump” technology immediately became a cultural phenomenon.

Now, as the Pump Omni Zone II celebrates its 30th anniversary, Reebok is bringing back the sneaker in all its original glory. The silhouette is headlined by its recognizable orange dimpled “Pump” button and custom-fit air bladder extending downward from a futuristic rubberized tongue. Classic black, white, and orange layers decorate the upper, which is built of black leather and white mesh. Complete with a retro multicolored outsole, the sneaker is just as durable and stylish as it was when first worn by Brown.

Just as the audience went wild for Brown’s pump, Reebok is expecting younger generations to have a similar reaction. The brand confirmed it will reimagine the pump technology for the next generation “in honor of its enduring nostalgia and functional capabilities.” We’ll have to see if Reebok’s new designs are just as enduring.

Wear more air — Reebok’s Pump Omni Zone II arrives just when we’re in need of some extra air. Dropping March 5, the sneaker will be available on Reebok’s website and at select retailers like Foot Locker and Champs Sports. Whether you’re looking to flex your pump or recreate Brown’s self-blindfolded “No See Dee” dunk, you can grab the classic silhouette for $140. Just don’t hurt your back bending over to pump your kicks.