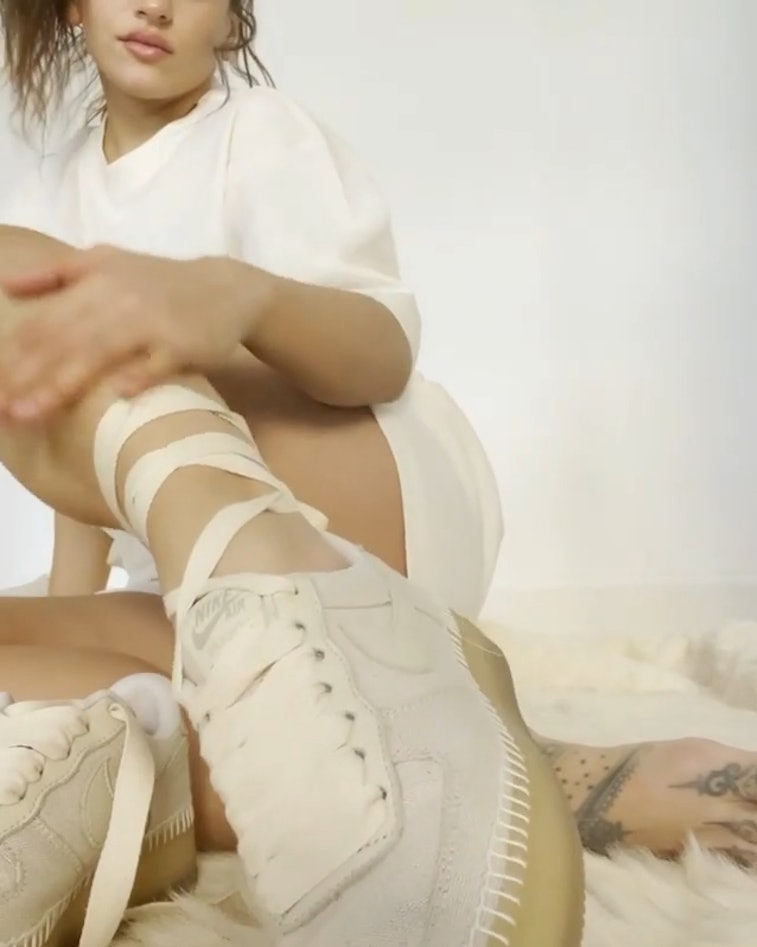 While Bad Bunny and Rosalia recently made waves with their collaborative song “La Noche de Anoche,” it seems the two artists don’t think as similarly when it comes to footwear. Bad Bunny recently debuted a partnership with Adidas, featuring his own take on the brand’s Forum Buckle Low silhouette. Rosalia, on the other hand, has stirred up rumors of a collaboration with Adidas’ rival Nike after posting a video to Instagram showing her lacing up an unseen Nike Air Force 1 design.

Regardless of where the artists land, though, we’re glad the footwear franchise is finally paying attention to the Latino gang, as Bad Bunny would say. Just last year marked the first time industry leader Jordan Brand had collaborated with a Latine artist, as the brand debuted a colorful Air Jordan 1 designed by Colombian artist J. Balvin. There’s no doubt that Bad Bunny and Rosalia’s coming silhouettes will bring the same good vibras — and much-needed Latine representation in the sneaker game.

Salvador Dalí-approved — Technically speaking, Rosalia is Hispanic, not Latina — but we’re willing to welcome her into our playlists, and now, closets. The singer took to Instagram to tease what seems to be a partnership with Nike, as she can be seen lacing up an Air Force 1 designed with an espadrille sole and long cream ribbon laces.

The unreleased sneaker — much like J. Balvin’s rainbow, cloud-shaped AJ1 — is unlike any silhouette we’ve seen before. Boasting a white canvas upper with a tonal white swoosh, the shoe looks traditional at first, until you add in its espadrille-like rubber gum sole and extra-long laces. In her video, Rosalia can be seen lacing the wide-brim ribbon laces around her ankle, much like a classic espadrille would be worn.

If you’re not familiar with espadrilles, Rosalia included extra photos in her post, nodding to surrealist artist and espadrille-lover Salvador Dalí. In the pictures, he can be seen donning multiple pairs of the cotton shoes — perhaps serving as the main inspiration for Rosalia’s Air Force 1.

Just heating up — Other than the post, captioned “AF1 ESPADRILLE,” both Rosalia and Nike have kept quiet about the hopefully upcoming collab. It’s possible that the shoes were made as customs, or perhaps gifted to the Spanish artist, as the insole of the sneaker reads: “We did it Rosalia” in a gold, cursive font. That said though, it’s no coincidence that Nike’s slogan is “just do it,” so we’re hoping the text is a nod to a release coming soon. Rosalia’s espadrille Air Force 1 is the perfect summer sneaker, and packs just enough heat for the season.