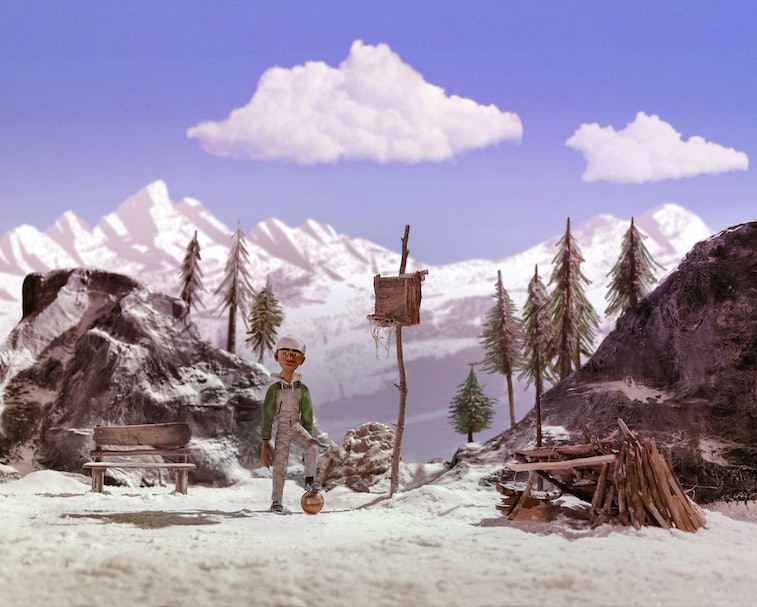 Salehe Bembury is making all his childhood dreams come true. After giving a couple of sneak peeks on Instagram, the designer and Canada Goose are ready to present their collaboration with the NBA — just in time for All-Star Weekend this month.

Canada Goose and the NBA are long-time collaborators, and now they’re tapping the sought-after designer to create a collection with retro basketball in mind. Bembury, fueled by his love of NBA culture growing up, aimed to capture the nostalgic “fashion exploration” of the ‘90s. From watching basketball and Space Jam with his dad, to now designing clothing pieces worn by professional NBA athletes, Bembury’s rise in the fashion world is undeniable.

Just warming up — Each item in the four-piece capsule can be layered or worn alone. Bembury teased the Expedition Parka on Instagram last month, featuring what we now see more clearly as a Chenille-trimmed hood and removable gray vest. As for the standalone Signal Vest, the hem is lengthened for extra coverage and weather protection. For a full fit, the Tundra Bib overalls offer a sleek gray color, adjustable suspenders, and an interior drawcord to snatch the waist. A Salehe Bembury design wouldn’t be complete without his iconic fingerprint, which appears in an all-over pattern on the Concord Fleece.

Too hot to handle — This year’s Play in the Open campaign video, stemming from Canada Goose’s ethos to live freely, is directed by American stop-motion director Foster Huntington. Bembury animatedly shows the versatility of the capsule on a mountaintop, fishing shack, and basketball court. Fans can win a limited-edition “Salehe Bembury Hand-Painted Figure” through Canada Goose’s Basecamp platform and participate in a Canada Goose x NBA All-Star Crossover activation in Cleveland.

All of the 2022 All-Star players will get a complimentary Expedition Parka, which will probably be the easiest way someone can get their hands on the collection. The full capsule will drop February 11 via select Canada Goose stores, online, and other retailers ahead of the 2022 NBA All-Star Game on February 20. Expect some tough competition to secure a piece, because given the anticipation of his latest drops, Bembury sure knows how to raise the stakes.