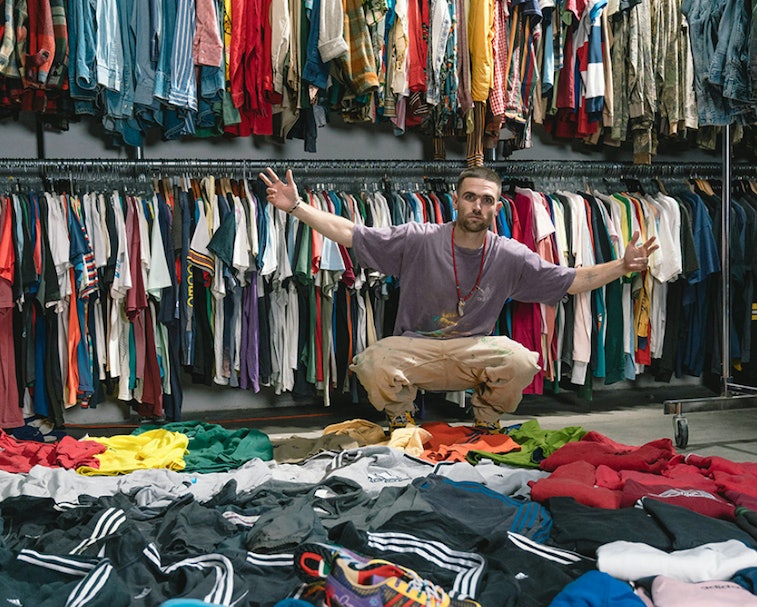 Sean Wotherspoon and Adidas have linked up to help those searching for last-minute Coachella fits. The duo has planned an installation at the first weekend of the California music festival to give away repurposed vintage jackets to 100 people.

Wotherspoon, who’s worked alongside Adidas since 2020, is a notable vintage enthusiast. He co-founded Round Two vintage shop and its namesake YouTube show at just 23 and has since created shoe designs that combine his passion for streetwear and sustainability. “My purpose with this Adidas jacket project was just to simply use as many jackets and hoodies as I could find — whether vintage or not — and print on them so they could be given a second life and not considered trash or garbage or whatever,” Wotherspoon told Hypebeast about his Coachella collaboration. “Now [those pieces] will be in closets and not landfills.”

One-of-a-kind — All of the vintage offerings come from Wotherspoon’s private collection, enhancing his passion for shopping secondhand. The designer is reportedly a longtime fan of vintage Adidas track jackets, making it all the much easier to source his selections. Each is customized with screen printed graphics, including a floral peace sign, Trefoil logo, Adidas spellout, and Round Two branding.

“100 jackets does sound like a lot, but in comparison to the amount of secondhand clothes that are currently available and ready to be upcycled, 100 was easy for me to select,” Wotherspoon said. “I tried to be [as least] picky as possible, but since the point is to give as many a second life, I really tried to leave little behind.”

To secure the vintage outerwear, Coachella attendees should download the Adidas app and look out for push notifications. The first 100 adiClub members to follow the alerts will be rewarded with the chance to reserve one of the jackets. Artists including Amber Mark and BROCKHAMPTON will be repping some of the vintage Three Stripes during their Coachella performances, giving fans the ultimate opportunity to match the musicians’ style.

And more — Adidas plans to give away 1,000 Coachella-themed track jackets alongside its vintage grails. Each features a retro graphic of the brand’s Trefoil logo alongside the words “Goodbye Sunshine” and will be exclusively available to adiClub members on Saturday, April 16 at 7 p.m. PT. The outerwear will be up for grabs at Coachella’s official merch booth, where each jacket is first-come, first-serve. Among the music, food, and influencers, make sure to keep an eye out for Adidas’ installations.