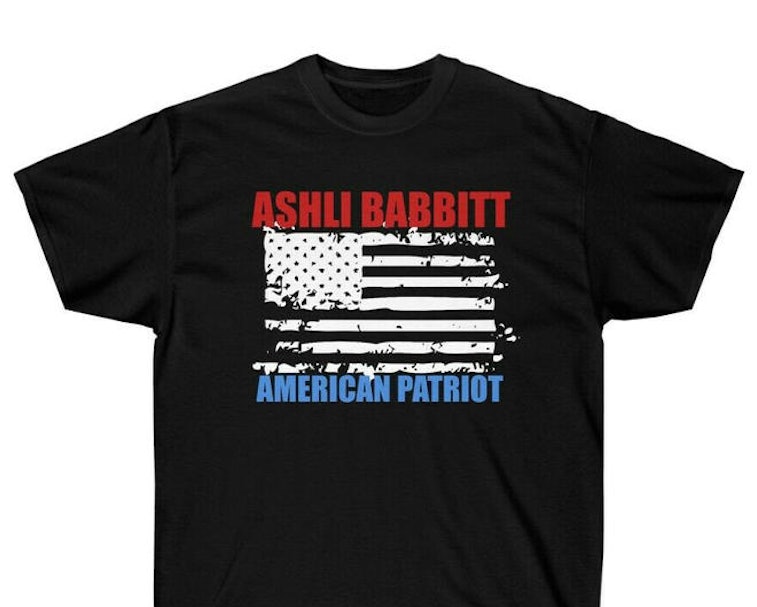 Sears, that place from which your parents bought their appliances and your ancestors purchased their clothes by catalog, has found itself and Kmart as a trending topic on Twitter today — and, of course, it’s not for something positive.

The two retailers have been criticized for selling an Ashli Babbitt T-shirt referring to the Capitol rioter killed by police as an “American Patriot.” Assuming words still have meaning, Babbitt died while taking part in an attempted coup or an insurrection on January 6, the day Congress ratified the results of the 2020 presidential election. Either works, and the label best suited for her is, in fact, “traitor.”

Listings for the T-shirt have been removed by both Sears and Kmart, who share the same parent company Transformco, and it’s very well possible that it was sold by a third-party retailer, as is allowed by both platforms. In a response to Vox reporter Aaron Rupar’s viral tweet calling attention to the T-shirt, Sears said only: “Thank you for bringing this product to our attention. This item is no longer available for purchase.”

The issues with third-party sales — Retailers like Sears, Kmart, and Walmart have embraced third-party sellers on their websites after long ceding ground to Amazon in the digital marketplace. The problem for all of them, even with their disparate levels of success, is a lack of vetting what goes up for sale on their websites.

Walmart recently found out the downsides of its lack of oversight recently as it became the target of a lawsuit from Kanye West’s Yeezy brand. Third-party sellers were selling bootleg versions of the Adidas Yeezy Foam Runner, and the lawsuit alleges Walmart did nothing about it despite numerous requests to remove the offending items. It wasn’t until the suit was filed and outlets like us took notice that the fake Foam Runners were removed from the site.

In response to a previous lawsuit filed by Walmart against Yeezy for an allegedly infringing logo, Yeezy made clear that “the last thing [Yeezy] wants to do is associate itself with [Walmart.]” Sears and Kmart, too, probably don’t want to be associated with counterfactual right-wing movement that sought to violently overturn the results of the election. But that’s the risk you take when you allow a third-party sellers to run unchecked on your platform.